“Giving back” and assisting the next generation is growing in popularity all over the continent. And as a former pro boxer who spent time in jail shows, it doesn’t always need a billionaire philanthropist to get the ball rolling.

Just behind the fresh market in Mbare, Harare, the capital city of Zimbabwe, is a gym whose name – The Mosquito Boxing School of Excellence – is misleading. Rather than the agile, hard-to-hit, flying insect, the school is named for a man who is becoming synonymous with the act of giving back: Zvenyika Arifonso.

Arifonso, a former Commonwealth and Africa Zone Six boxing champion, was nicknamed ‘Mosquito’ by his fans and peers for his ability to knock off opponents despite his slight frame.

Arifonso’s gym is a busy facility surrounded by vendors selling anything from plastic cups to drinks and meals. Despite the din, the noise from inside the gym is unmistakable. Young boxers and martial arts practitioners are getting an education.

“My mission is to prevent the kids from bad things like smoking, drugs and stealing. It hurts me because when I was a kid I was in the very same circumstances, so I would not want to see a kid being beaten in the streets as a result of stealing,” the former pro boxer said. 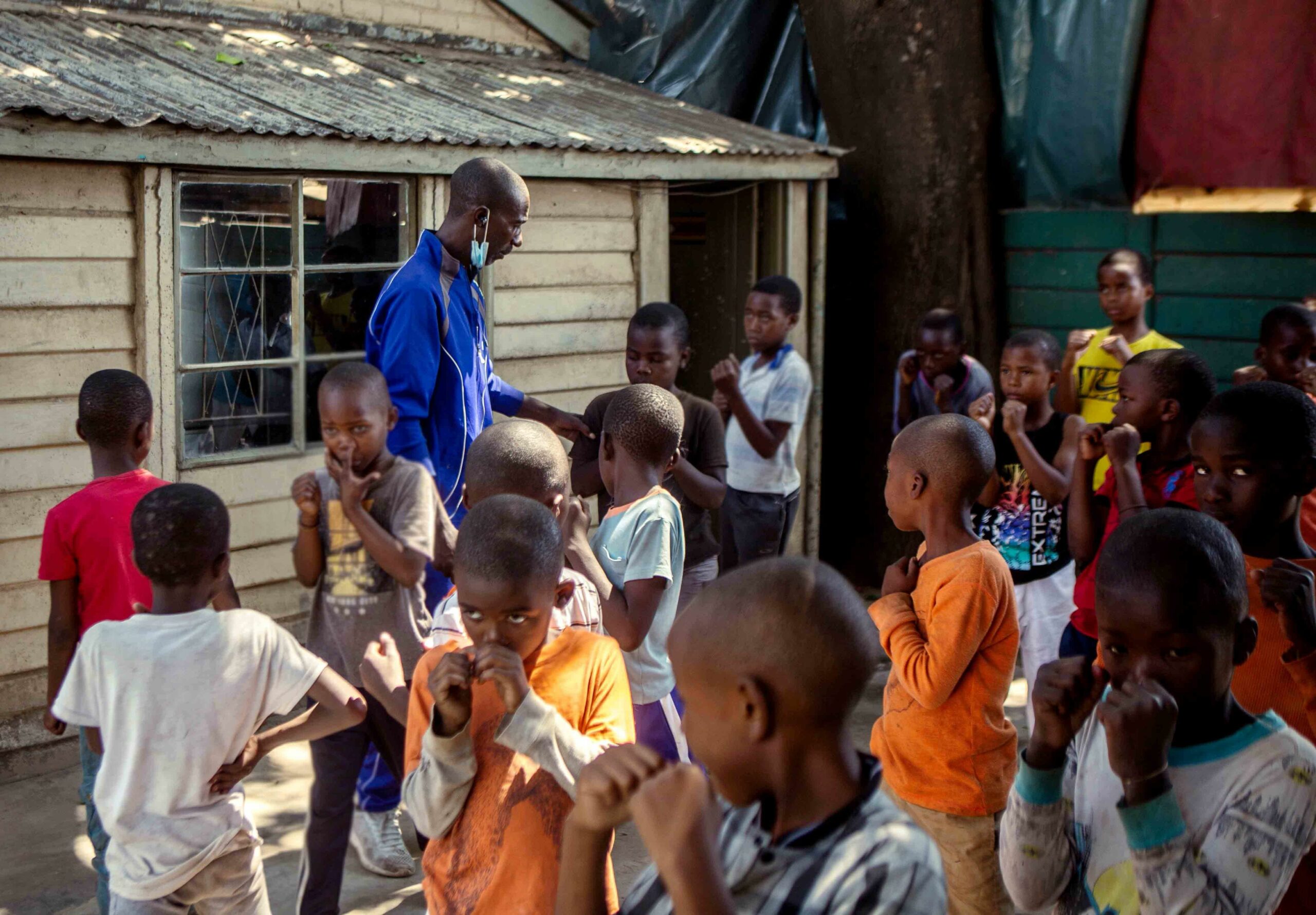 Arifonso’s gym is located in one of the dozens of what were once dormitory towns – segregated housing for the families of black, white-collar workers built by colonial and apartheid administrators around some of Africa’s largest cities (the best-known being Soweto) – that are still known as townships. Famous for its Zim Dancehall music and its cultural and political energy, Mbare is today an overcrowded section of Harare, with families of 10 or more living together in a single flat.

Zimbabwean parliamentarian Trevor Saruwaka was referring to areas like this when he made a passionate plea recently for the country to invest in hub facilities to help the country’s youth – by providing opportunities for sports and cultural training. In his speech he evoked the names of artists and sportspeople helping the country by investing in upcoming generations.

“We need to tap into locally-available talent and we cannot do it without promoting these interact centres… These are the hubs where our youth can find space and the direction to explore their full potential. If you go to football, the likes of Peter Ndlovu and Moses Chunga… Currently, we have got Nakamba who is doing wonders in England and has also been investing in Bulawayo. In boxing, we have Zvenyika Arifonso, who was an unstoppable boxer,” Saruwaka said.

He was referring to Arifonso and The Mosquito Boxing School of Excellence. The former boxer is concerned that many of the youngsters in the area around his gym are forced into crime by their circumstances. His goal is to turn some of them into world-class boxers, in order to show others what is possible. 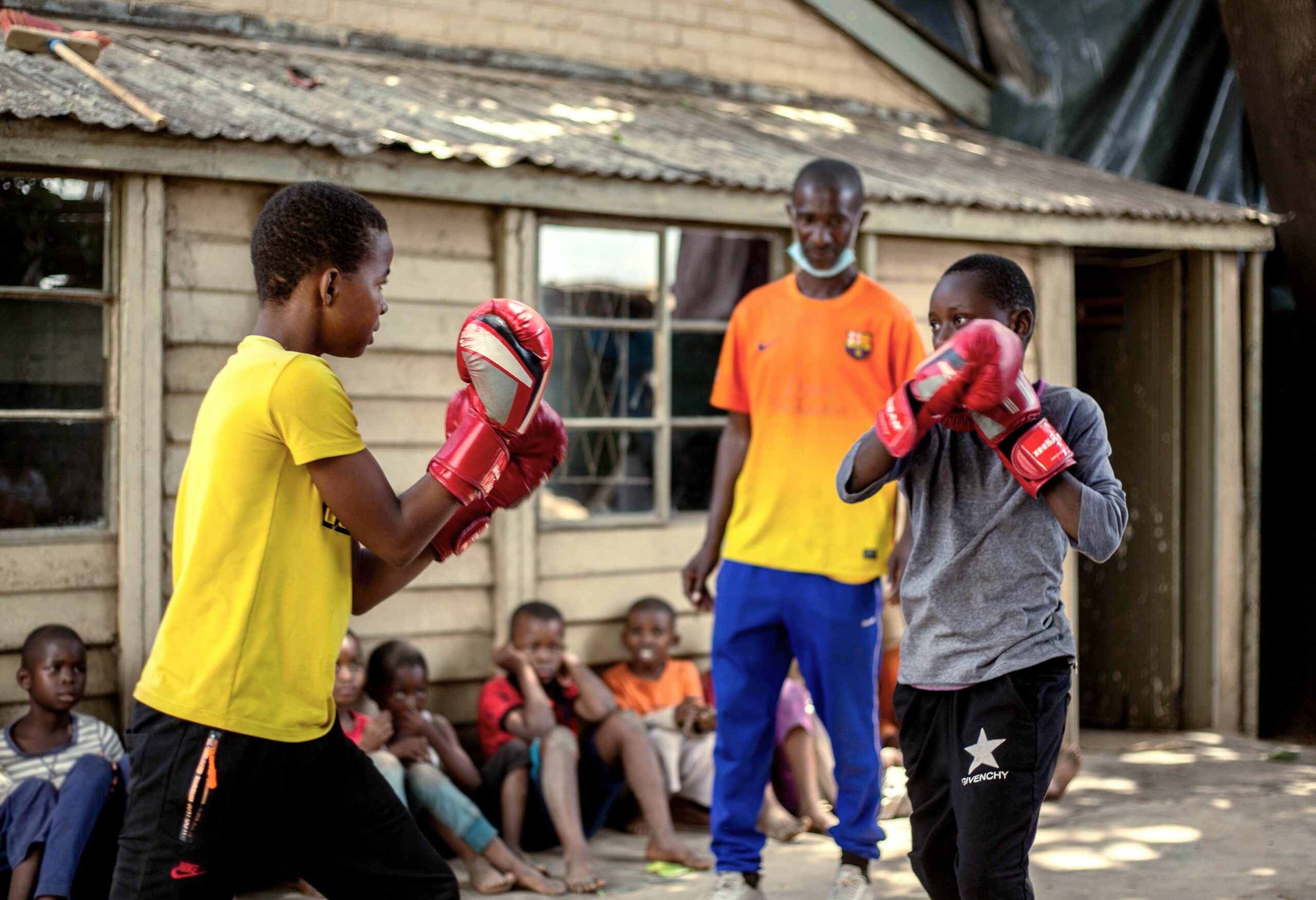 “I grew up in a poor family but my neighbour saw me and said, ‘you, young guy, you have to come to our gym at Stoddart Hall, in Mbare, Zimbabwe’”.

Most of the children Arifonso teaches have no parents. While some join the classes because they have nothing else to do, others are there to take advantage of Arifonso’s well-known coaching skills.

Arifonso’s career ended in 2000, when he was convicted of stealing a radio from his neighbour. Before that, he had fought in Scotland, Zambia and Australia.

“Going to jail hurt me a lot and it affected me for real; it somehow killed my life. That is why you see me with these children because I don’t want them to go inside jail, I want them to grow up to become the best people and best children in the world,” he said.

“I have seen it all and I’m still in the learning process, it is a bad place to be, the prison.”

The former Commonwealth and Africa Zone Six champion believes he can produce some of the toughest and skilled boxers that the country has ever seen, thanks in part to the adversities the youngsters have already faced. He means in their daily lives, rather than in the gym.

“In boxing there are a lot of challenges like when you need to go to training and yet you don’t have anything to eat, clean clothes to use in training, sometime you won’t have money to buy boxing gloves, money to buy hand wraps, or even money to buy water.”

Arifonso is planning his own premises, where he can also train street kids – and keep them off the street. 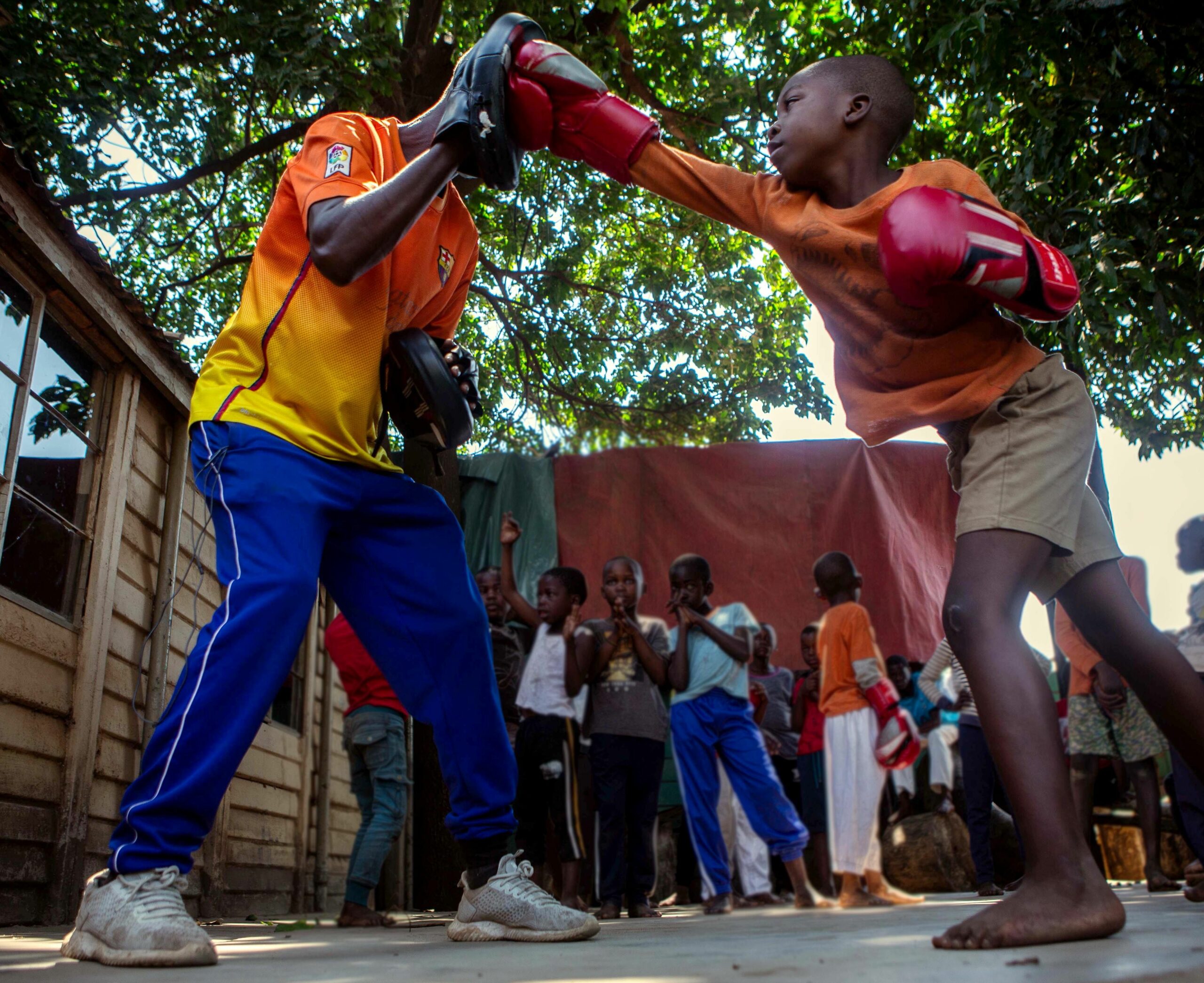 One of his students, Simon Madanhire, is already a a professional boxer. He was taken under Arifonso’s wing when the “Mosquito” school started and is now counted among Zimbabwe’s top heavyweight boxers.

“I grew up watching Arifonso on TV. I decided to try boxing. I would go train after school. Since then I have never looked back,” said Madanhire, who got his first chance to face a foreign opponent in 2017.

“I turned pro and I fought my debut fight against Limbani Lano in Malawi. I then went to Namibia where I beat my opponent in the second round,” the boxer said.

“Boxing changed my life, I can put food on my table because of the sport and I thank Elder Zvenyika for the assistance,” he said.

Madanhire is planning his fight his next big fight in August.

While a recent debate in the Zimbabwean parliament revealed that only a tiny fraction of the Youth and Arts Ministry’s budget is spent on centres and hubs for the youth, Madanhire’s example is a reminder of what can be achieved – both by government and by private individuals – when facilities are put in place. Meanwhile, Arifonso remains focused on his next big win.

“I feel so glad and happy in my life, even when I die I will die with a smile on my face, because I want to build another ‘Mosquito’ out of the kids,” Arifonso said. 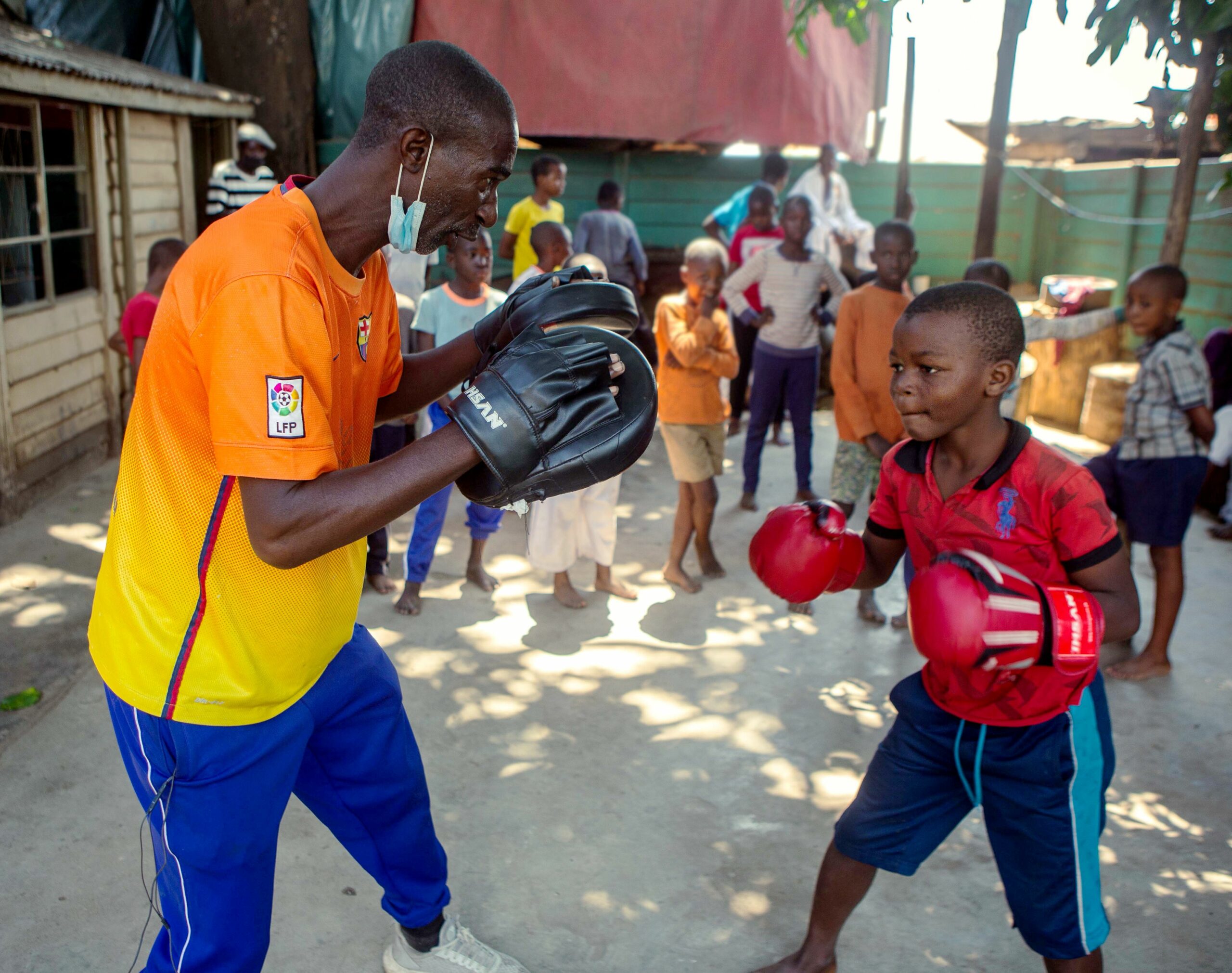 The difference between a stew, soup, stock and broth