Unveiling The Core Of Northern Women

It was Maya Angelou that said, “Perhaps travel cannot prevent bigotry, but by demonstrating that all peoples cry, laugh, eat, worry and die, it can introduce the idea that if we try and understand each other, we may even become friends.” This quote rings true for me every time I leave home to a different environment, and each time, it seems to me like my mere presence unsettles a lot of lifelong held narratives, especially as it has to do with the North and its women.

I still remember the conversation I had with a classmate when the sad news of the abduction of the 276 young girls in a school in Chibok LGA of Borno State broke. My friend came to me, sad, but with the burning question, “So girls in the North go to school?” At that point, I had already spent three years in Queens College, I was used to getting asked questions about Northern Nigeria like it was in a distinct part of the globe. I remember explaining that, perhaps, the major reason most parents are reluctant to send their female children to school was poverty. Poverty ranks high even before sexist considerations. A family just above the poverty line in Northern Nigeria is likely to send all their children to school irrespective of gender.

It is impossible to have a holistic conversation on the emancipation of women in Nigeria, without mentioning names that are entirely Northern. Women like Laila Dogonyaro, Ladi Kwali, Aloma Mukhtar, Nana Asma’u, Balaraba Ramat and so many others who have, through their careers and voices, talked about the oppression of women in the societies they found themselves. These women did not only speak, but they worked tirelessly to shine the torch of freedom on other women in their societies. A similar narration of women’s liberation runs across many other societies and this is why the painting of the Northern woman as someone that needs saving, especially from her southern counterpart leaves me in shock. Oppression is that rotten tree that ultimately produces rotten fruits, it doesn’t matter what branch you pluck from. What it means to be a girl in the Northern part of Nigeria is not significantly different from being a girl in the Southern part of Nigeria because at the core, girls everywhere live under the shackles of patriarchy and have one defining factor in their lives and that is the global culture of sexism. 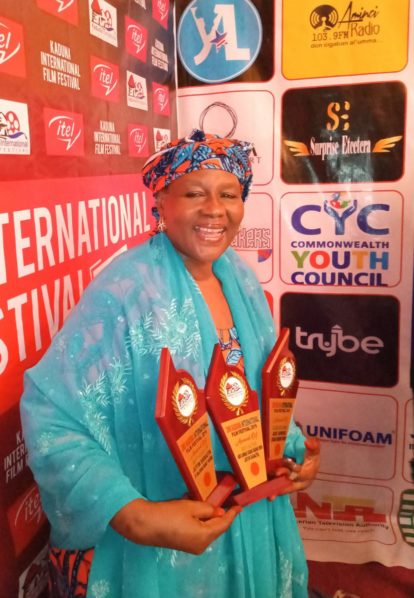 In recent times, many women in the North are not only questioning and redefining culture but proving that it is possible to uphold the non-repugnant aspects of culture and tradition while excelling in whatever fields they choose. As more Northern women become visible in their careers and chosen fields, many people still stubbornly hold on to sexist and tribalistic bias about Northern women. It is of no surprise to hear people spew out opinions expressing doubts on the intellectual ability of a woman and more if she is veiled or wearing the hijab. The long old tradition of many cultures that say women should be seen and not heard might be the reason for the perception of the Northern woman as someone with no independence of thought, but there are thousand northern women everyday that debunk this by proving that they are not afraid to use their voices.

Perhaps the most damaging of these stereotypes is the perception that there is only one type of northern woman; a timid-looking woman in a veil. A trip across the States in Northern Nigeria will show that the women of Northern Nigeria are as diverse as the many tongues that exist in that region. It is rather a lazy categorisation, to see Northern women as just one type of woman.

Women empowerment is a major growth opportunity for Africa

Meet the New Innovators: 5 Community Builders Who Are Redistributing Power in the Art World