The Survival Of Oral Tradition In The Age Of ICT

“No culture is older than being human,” these words said by Dike Chukwumerije captures how often we as humans worry about the fading away of our humanity from our limitation on the preservation of African culture. An important structuring of the African culture is formed on an oral tradition established through the use of proverbs and songs by many tribes in Nigeria and Africa, exhibiting the abundance of cultures in Nigeria. These come with the intent to instill wisdom as a means of preserving their cultural traits.

In guiding human morals, the African nous of African humanity is visible through various elements of the people. The creative crafting of deities is a representation of the richness of the Nigerian culture just like the thirteenth-century bronze is a sculpture that represents and says a million words about the Benin culture, an emblem of the ancestors of the people that gives a hallmark for their foundation. Or Nri with the tales of the emergence of the Igbo people while the Hausa are shaped with the Bayajida legend.

It is undisputed that the African culture is largely infused with oral tradition, a system that guides human morals, aids the longevity of culture, beliefs and norms of a people. It is passed from one generation to another by word of mouth but the transmission of this knowledge of the people was not only vocal but was transmitted through arts and crafts as earlier stated with the bronze culture of the Benin people and other ethnicities. But come change, life apparently appears different from thousands of years passed which only means that the norms of people will evolve. This evolution thus has many skeptical as it threatens the old to the disappearance. Thus ushering in the peril is often seen to be threatened with new innovations and inventions thereby making transformation; despite the point that the human race and existence supersedes the manner and way of life.

In the modern times of the 21st century, cultures and beliefs are on shaky grounds and heads on within a technological age. An era with different offspring’s in the form of social media. This then brings about the survival of oral tradition in a new era. However, the decline is evident but in the same breathe social media has dug up many oral histories of African and thus preserving what was not properly documented or at a high risk of destruction. Therefore, this helps in encapsulating all in several media of audio preservation or video and probably in electronic typing. Now it is the hybridity of African culture tainted by social media and technology it does seem to give a crossbreed of values rather than sipping them out. 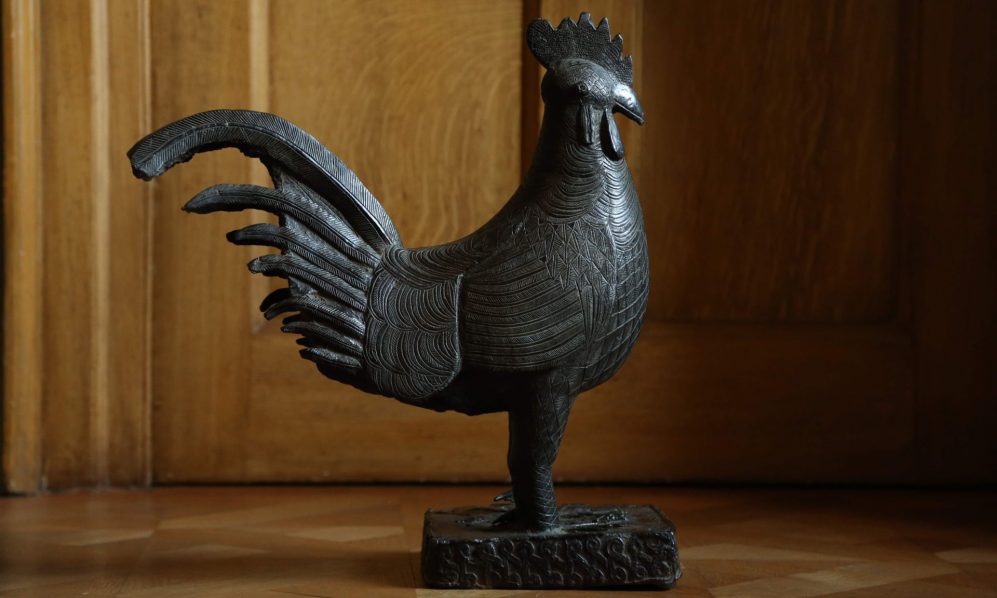 Having dug up from the past lost cultures or preserving the present oral tradition, they become accessible to all giving meaning to who people and the world view of their philosophy of life.

The Ewi which is poetry constitutes a traditional literary form by the Yoruba which exemplifies the rich oral culture of Africans for the Igbo people it called Iru. The Oriki is another. They are indeed praise but not mundane, being labelled with figurative expressions and deep meanings that sometimes gets lost in translation. The Iru, Oriki and the Ewi are gifted with aesthetics that makes them enchanting to listen to; telling stories of genealogy and political uprising of a people.

In the worldview of the tribes in Nigeria, the point of convergence becomes oral tradition but one that is a renewal of culture in modern times the transition. An extinction or culture is what many fear, but an appropriation of it is apt. with technology it becomes a time capsule to keep track of what is and used to be. Regardless of the changes, it brings the threat is thus appreciated in how it can assist in saving the way of life of a people.

Ways of life expand in forms and values plus we see the capacity of culture to renew itself in whatever period it exists. It suffices to say culture was made for man and not man for culture.

LISTEN: Madikizela says he stands by his comparison of the EFF with Nazi brown shirts

Nkem Ndem: We Need to Pay Attention to Sexual Abuse Among Siblings