THE OLD FACE OF AFRICA’S POLITICS

One of the most discussed issues in Africa is the continent’s resource abundance. Yet, its countries suffer from poverty. However, the less addressed, but more paradoxical, is the high rate of gender disparity, especially in its politics.

Despite the females having an almost equal population as males, the patriarchal hegemony has paled the role of women in politics and leadership to insignificance.

Nonetheless, this has not always been the case.

It would seem rather strange now, but Africa once practised matriarchal politics. This could be gleaned from the fame of Queen Amina of Zazzau, the historical Hausa state in Nigeria, now called Zaria, in Kaduna State. However, because ‘matriarchal’ politics is no longer popular in the 21st century, many believe that the stories of Queen Amina’s exploits are just folktales or legends like those of King Arthur.

However, Queen Amina once lived as a true political leader in the historical Zazzau. It is estimated that during her reign, between 1576-1610, she waged a 34-year-old war on the neighbouring communities and towns as a way of expanding her territory.

Often called the warrior queen, Amina had over 20,000-foot soldiers, which enabled her to acquire territories from far and near, including the Nupe region. Indeed, Queen Amina’s expansionist policy in the 16th century is one reason Zaria, one of the biggest emirates in Northern Nigeria, still stands.

Apart from the matriarchal reign of Queen Amina of Zazzau in Nigeria, there is Asantewaa, the Queen Mother of Ejisu of Ashanti people in modern-day Ghana, who led a male army of 4,000 to fight against the British colonialists. 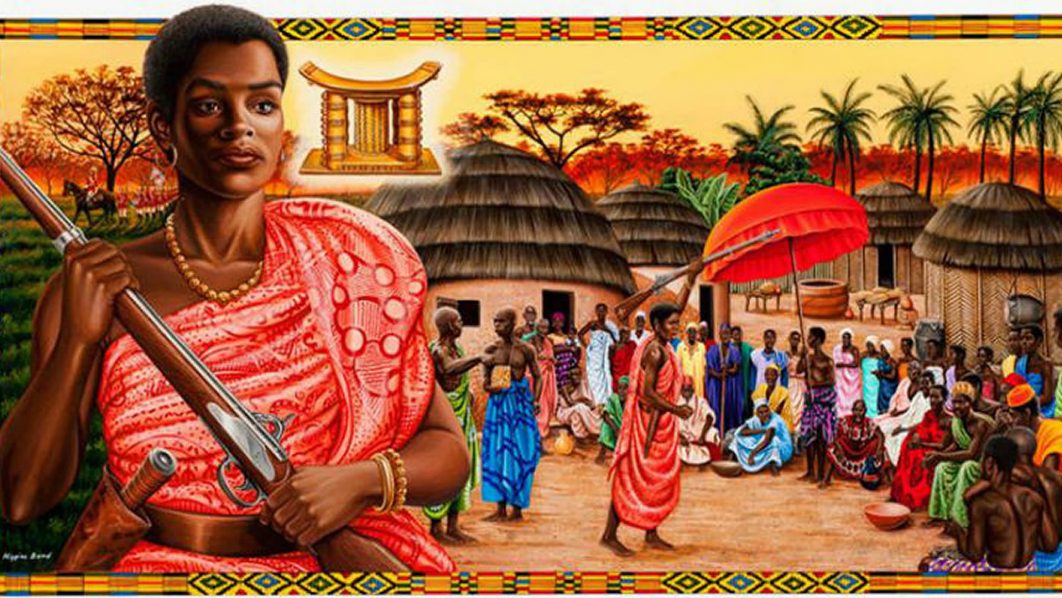 Asantewaa’s strife against the British colonials had been triggered by the 1896 arrest and subsequent deportation of King Prempeh I, the Asantehene, to the Seychelles Islands.

The British colonialist had exiled Prempeh I, alongside 30 of his prominent chiefs and elders, to the island for four years, leaving the remaining chiefs in the Ashanti Kingdom in fear of British rule.

Despite her inability to read and write, Asantewaa had assumed her matriarchal role as the Queen Mother, by giving an impassioned speech, which triggered an estimated 4,000 male soldiers to wage war against the British colonial government’s exploitations.

Although the war was futile, the brave act of Asantewaa showed a strong indication that matriarchal hegemony existed in the historical Ashanti Kingdom, now in present-day Ghana, formerly Gold Coast.

More auspicious is that after the reign of Queen Amina of Zazzau, the subsequent emirs or kings of the regions have ensured an end to matriarchy, by reducing females to just domestic duties and wielding no political powers. Hence, actions such as the reinstatement of patriarchy and the liquidation of matriarchy make historical accounts of female political leaders mythical.

Be that as it may, the present inequality in female involvement in politics in Africa does not mean that the continent did not, at any point, have a matriarchal rule.

The bravery and wisdom culled from the two historical figures — Queen Amina of Zazzau and Asantewaa, the Queen Mother of Ejisu— is a pointer to the fact that matriarchy might just aid in reviving the static socio-political state of corruption that Africa’s regions battle daily.