The Life Of An Igbo Woman Pre-Colonial Times

In many societies, women are seen as weak and vulnerable humans created by God. Despite the fact that women play larger roles in decision making in families and societies, they have been portrayed and regarded as weak from time immemorial till date in our societies. Historically, women have helped in ensuring stability, progress and long-term development of nations.

In African society today, influential women like Ellen Johnson Sirleaf, Late Dora Akunyili, Chimamanda Adichie, Prof. Ngozi Okonjo-Iweala, Folorunsho Alakija etc have laid an everlasting impact on nation-building. Therefore, the historic and current role of women in our environment is indisputable, yet their opportunities in the economy are still lagging.

According to the United Nations High Commissioner for Human Rights and first female President of Chile, Michelle Bachelet, that when women are empowered and recognised as they should, it helps them to claim their rights, access to land, leadership opportunities and choices, economic growth, ensures food security is enhanced and prospects are improved for current and future generation. Summarily, women are one of the major players in the development of every nation. 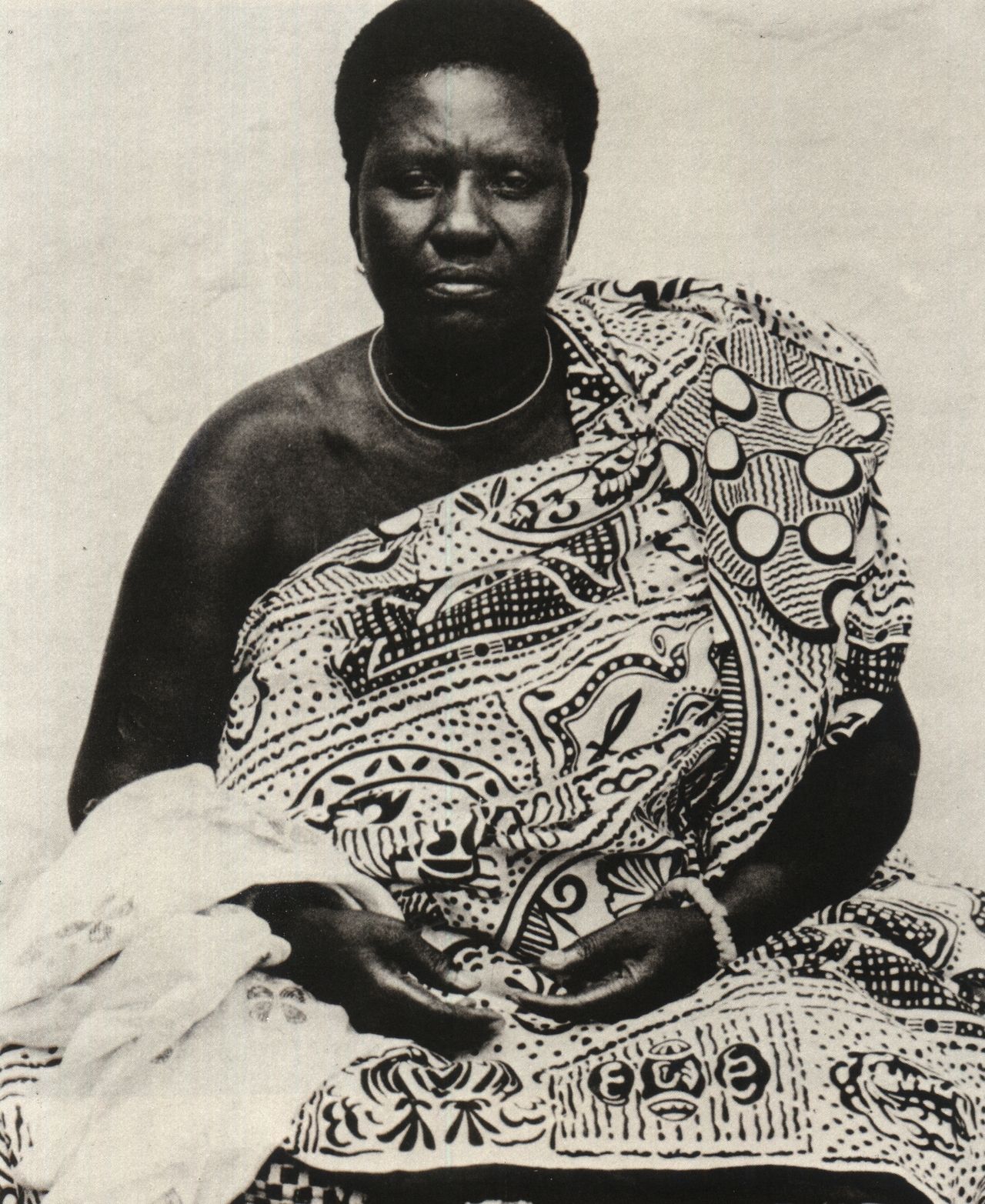 Nwanyereuwa was behind the Aba Women Riot. | Image: Pinterest

During the pre-colonial era, Igbo women were known and characterised to be the weaker in power even though they played a big part in the Igbo society. The dominant role of Igbo women is to make pure wives for their honourable husbands. In marriage, they are expected to be submissive to their husbands, do housework and domestic chores, farming and bear children.

All these behavioural traits were the social, economic and family norm Igbo women found themselves in.

On the other hand, men and women governed through their separate entities or organisations like ‘Umu Ikom’ for men and ‘Umu Inyom’- A group of married women in the community that is chaired by the oldest wives among them. They have certain rules and objectives guiding them and anybody found guilty of breaking those rules will be punished.

A case of domestic violence by the men, child abuse, or ill-treatment against any wife, woman or children, will see punishment meted out by the Umu Inyom either by giving a certain number of strokes, buying listed items to appease the wife or child among many others.

Also, in the pre-colonial era, Igbo women practised woman-to-woman marriage. It was practised chiefly among those that were considered to have attained exceptional values in the eyes of society due to wealth or some social standing, those who have passed menopause.

These Igbo women could marry wives for themselves and as well for their husbands, sons or siblings. They were regarded as men and influential, and by paying the bride price for women, their statuses were elevated in the society and this made them enjoy the same privileges as men.

This type of marriage institution was not created to facilitate what we now have as lesbianism, rather, it was due to the emphasis or importance attached to having a male child that will continue the lineage that the issue of woman-to-woman marriage came about as at then.

The Igbo society was obsessive about childbearing, that is why women who had given birth to ten or more children were celebrated and honoured with the title ‘Lolo’. In some villages, a woman that gives birth to up to twelve children will be rewarded by killing a cow to celebrate her.

Also common is the case where a father who does not have a son appoints one of his daughter(s) to become a son. This scenario can be seen where a king does not have an heir (male child) to the throne. The king can then appoint one of the daughters most especially the ‘Ada’ to rule the community after his demise. This was how some of the female kings or leaders came about in Igbo society.

In terms of fashion, Igbo women wore wrappers that only covered their private parts. They also exhibited many beautiful beads and necklaces, head scarfs, ankle plates, leg and armbands, and jigida, bracelets.

Some of these accessories were worn on different occasions like weddings, cultural celebrations, and exhibitions.

In other words, Igbo women were valued but at the same time seen as controllable. The Igbo pre-colonial era was patriarchal. This is why women were mostly relegated to the background. Colonialism came and worsened the situation by creating gender disparities in land ownership, the forceful acquisition of land by the colonial masters became more pronounced thereby making it more difficult for Igbo women to acquire land.

But as time passed, the narrative began to change. Various influential and powerful women began to challenge the anomalies by writing petitions upon petitions. Voicing it out and as time went on, their voice was heard. The issue of ‘Aba Women Riot’ also pushed aside the narrative that women are weak and vulnerable.

History has made us know that when women are empowered or given the same equal opportunities given to the male, it gives them greater opportunity to play a major role in nation-building. This is why the assertion says ‘behind every successful man, there’s a woman’. This also applies to every nation.

Botswana Produces Third Largest Gem-quality Stone Ever to be Mined