The Art Of Yusuf Grillo

Nigeria has been at the forefront of cultural awareness for a while, drawing the attention of the world, especially when the arts and artists are involved.

One of the major reasons why this shift has happened in recent times could be attributed to the work of pioneer artists like Bruce Onobrakpeya, Ben Enwonwu and Aina Onabolu who made a name for themselves as artists and created a buzz around their work, giving room to emerging artists and training them eventually. Another pioneer artist worthy of mentioning is Professor Yusuf Grillo, who has been referred to as a founding father of contemporary visual art in Nigeria. As some of these pioneer artists, Grillo is skilled in the art of drawing and painting as well. He has amassed success for his unique paintings that combine Western art techniques with the traditional Yoruba sculpture feature. 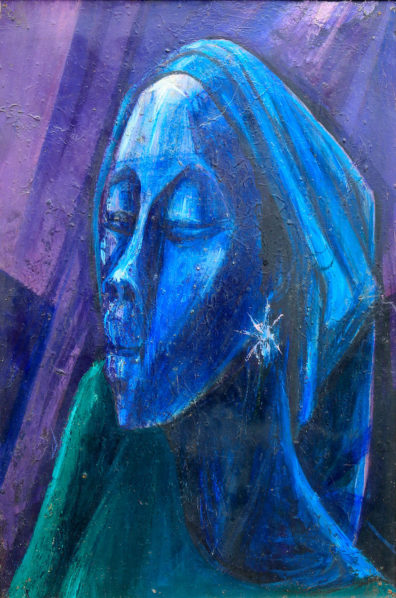 Professor Grillo was born in Lagos in 1934 and received a diploma in Fine Arts in Zaria. He later left Zaria to further his studies at the prestigious Cambridge University and then travelled to Germany and the United States. Apart from being a pioneer painter, he is known for educating a generation of artists during his time at the Department of Art and Printing at the Yaba College of Technology where he had served as a Head of Department for over twenty five years.

One of the most unpopular facts about Grillo is that he is responsible for some of the biggest art forms seen in some of the older churches today. Apart from architecture, paintings are pretty much the only forms of visual art allowed in the church. Professor Grillo already stood out as a great painter and so when Indian-born, London-educated art collector, Kavita Chellaram (who also doubles as the director of the auction house, Arthouse Contemporary) suggested that one of his paintings be reproduced in stained glass, he seemed to like the idea. It was like a sort of modernization of his previous ideas. According to him, it represented a new thought from old images; a new vision of the same idea.

Prior to this, while Yusuf schooled at the Nigerian College of Arts, Science and Technology in Zaria, a lecturer had hinted that his paintings looked like stained glass due to the linear angularity of planes that defined his compositions. He would then later attend a training workshop in Bradford to further learn more about the techniques and work to implement better for execution. 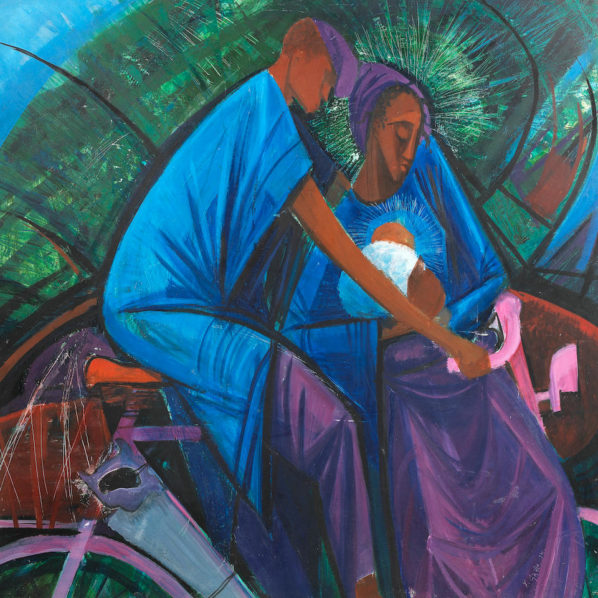 Today, Professor Yusuf Grillo is one of the most popular famous stained glass designers in Nigeria with his work adorning some of the biggest church buildings in the country. When you take walks into big ecclesiastic spaces like the popular St Dominic’s Catholic Church and All Saints Anglican Church both in Yaba, it is his work you see as modern representations of stories that reflect the place of God. Medieval stained glasses have been a thing since the early days. They help to enhance the beauty of their setting and inform the viewer through narrative or symbolism. His work in stained glass is detailed in Hidden Treasures, a documentary series by Remi Vaughan-Richards which takes a trip into the lives of Western-trained Nigerian visual artists.

Another important thing to remember about Grillo is his loyalty to representing and showcasing his Yoruba culture and heritage in his art. With his medium, he has been able to adapt and modernise the contemporary Yoruba art, presenting it in more modern takes that stay authentic nonetheless. It doesn’t stop there as it goes to the sartorial beauty of Yoruba attires. For his pieces, he selects dresses that showcase the relevance and tell more stories about the subject. They range from royal to ritual to religious and ceremonial dresses. He makes use of primarily blue, purple and green and shows variation by selecting the correlates.

Professor Grillo is currently 86 and lives in his studio in Ikeja, Lagos. He remains one of the most influential figures in Nigerian art to date.