Move over, Squid Game. The Harder They Fall is the new sheriff in town and, for a good measure, we love its bloody scenes and neat gunfights.

The gritty revenge-driven Western flick is also loaded with good songs that seem to make watching many of its bloodcurdling scenes less horrifying.

What’s more? The Harder They Fall bears some ties to Nigeria.

Fela The Great
In a world where Afrobeats is taking over the world one song at a time, the producer of The Harder They Fall goes for the root of the genre – Fela Kuti.

His “Let’s Start” (featuring Ginger Baker) off  is one of the songs used in the hit movie. It was initially used in the trailer for the movie months earlier. The song, however, was not listed among the songs on the official soundtrack album for the film on Apple Music and Spotify.

That is most likely because all the songs listed on the album were originally recorded for the film.

“Just that juxtaposition of how art influences life and life influences culture was just interesting to us, and Fela Kuti was so hard it was just the best trailer, music of all time,” Jay-Z, who scored the film said in an interview at the London screening of the movie.

“That’s what I listen to in the house, Jeymes (Samuel) – director of the movie – as well; that’s what we listen to when we kicking it. So we just put the things that we really love. Cause it’s magic and magic going work.”

Yes, you read that right. Those lines were used in The Harder They Fall. 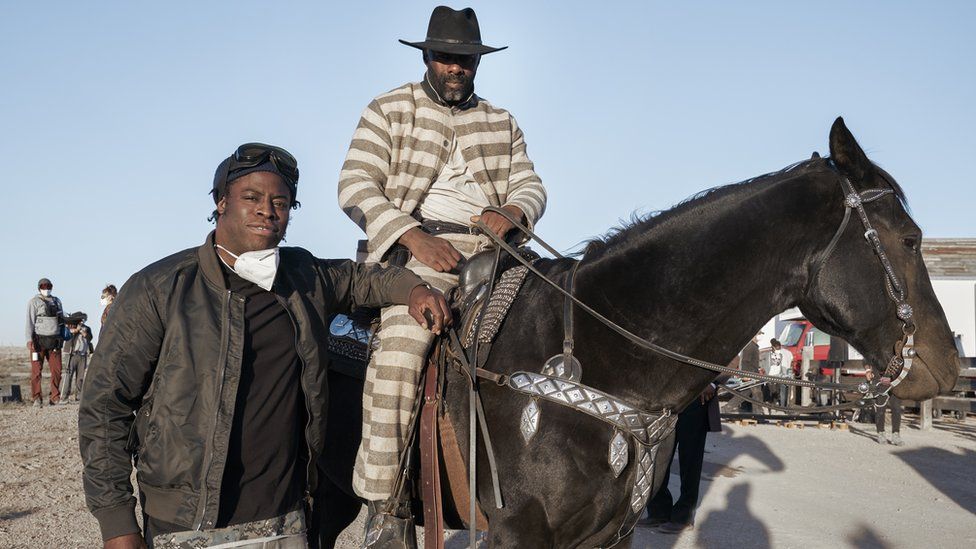 Director Jeymes Samuel (left) and Idris Elba) on the set of The Harder They Fall. PHOTO: NETFLIX

If you’ve seen the movie on Netflix, you should take your mind back to when Stagecoach Mary, Bill Pickett, Jim Beckworth and Cuffee confront Marshall Bass Reeves and Nat Love to tell them they are aware of their (Reeves and Nat) plan to confront Rufus Buck and his foot soldiers alone. Right after that scene, the song with the lines above started playing.

It is not every day you find Nigerian Pidgin used in Hollywood movies. Wahala for who no like Pidgin o! 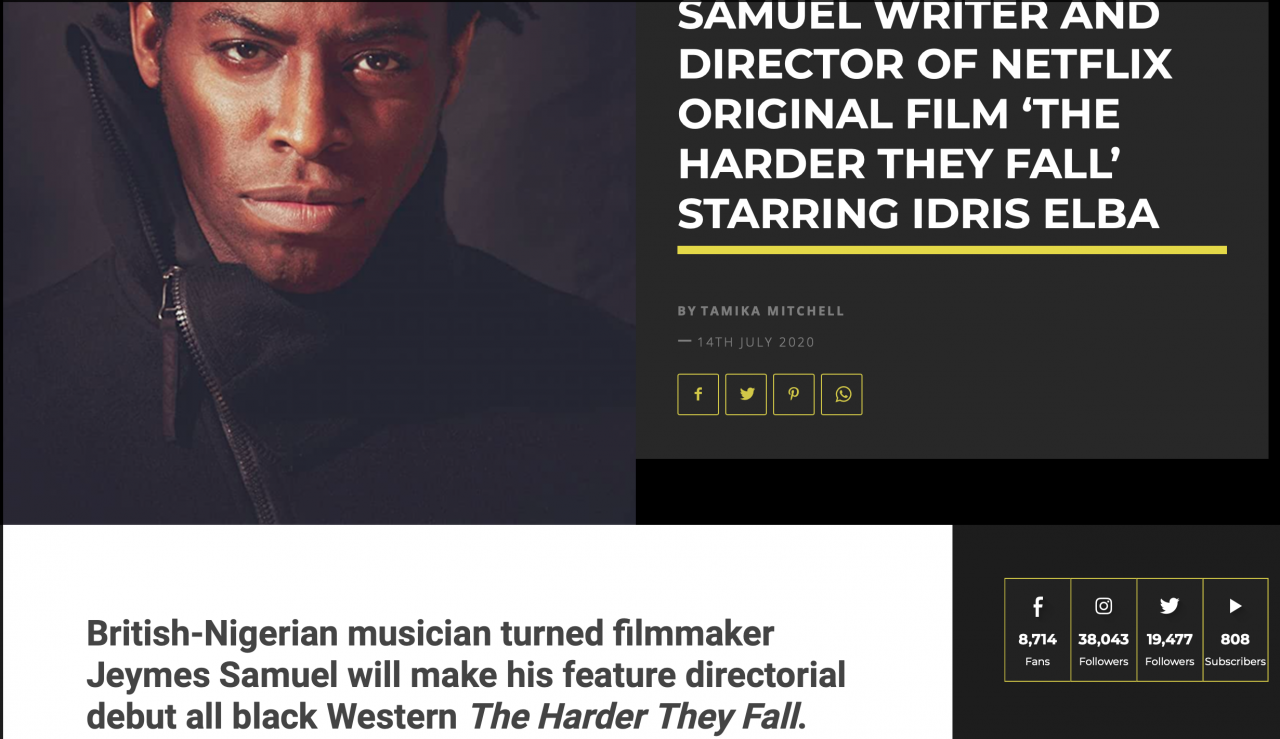 “Samuel who is also known by his stage name The Bullitts is a British-born Nigerian singer, songwriter, and filmmaker,” Tamika Mitchell of British Blacklist wrote in July 2020.

A little more information: Jeymes Samuel is the younger brother of the award-winning singer Seal, born Henry Olusegun Adeola Samuel. They were born to the same father Francis Samuel, said to be Afro-Brazilian. While Seal’s mother is named Adebisi Ogundeji Samuel, Jeymes’s mother is Joyce Samuel.