Not for the first time in recent days, members of the sports world — notably NBA great Michael Jordan and Formula One star Lewis Hamilton — are paying respects to George Floyd’s memory.Floyd — a 46-year-old unarmed black man — died in the US city of Minneapolis on May 25 after an arrest by a police officer, who pinned him to the ground for several minutes by kneeling on his neck. His death has sparked widespread protests across the US in recent days.On Sunday, American basketball legend Michael Jordan released a statement through the Charlotte Hornets, the NBA franchise he owns.”I am deeply saddened, truly pained and plain angry,” said the 57-year-old Jordan. “I see and feel everyone’s pain, outrage and frustration. I stand with those who are calling out the ingrained racism and violence toward people of color in our country. We have had enough.”The Basketball Hall of Famer also expressed his condolences to Floyd’s family — and to the “countless others whose lives have been brutally and senselessly taken through acts of racism and injustice.”Jordan, whose life and career were recently featured in the 10-part docuseries “The Last Dance,” added: “I don’t have the answers, but our collective voices show strength and the inability to be divided by others. We must listen to each other, show compassion and empathy and never turn our backs on senseless brutality.”Over the weekend there were a number of powerful images in tribute to the life of Floyd in Germany’s Bundesliga, with Borussia Dortmund star Jadon Sancho among those adding his voice of support, as did Borussia Mönchengladbach’s Marcus Thuram, who is the son of French World Cup winner Lilian Thuram.The 22-year-old Thuram took a knee after scoring for Mönchengladbach in the 4-1 win over Union Berlin. 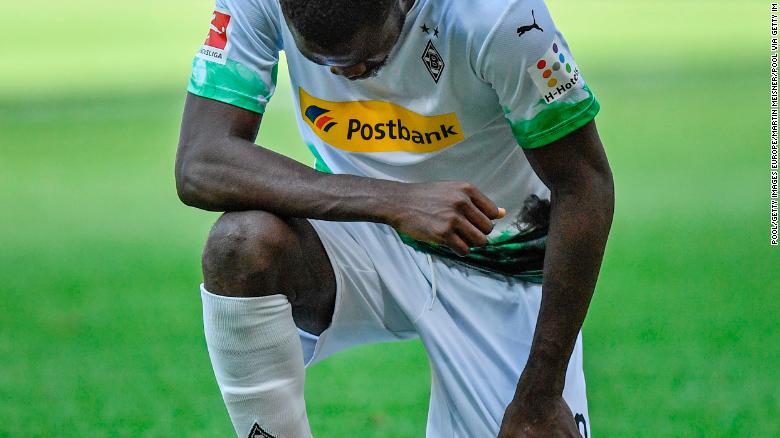 ‘You stay silent in the midst of injustice’

Meanwhile in F1, six-time world champion Hamilton also spoke out.”I see those of you who are staying silent, some of you the biggest of stars yet you stay silent in the midst of injustice,” said Hamilton. “Not a sign from anybody in my industry which of course is a white dominated sport.”I’m one of the only people of color there yet I stand alone. I would have thought by now you would see why this happens and say something about it but you can’t stand alongside us.”In a separate post Hamilton said: “I do not stand with those looting and burning buildings but those who are protesting peacefully.” 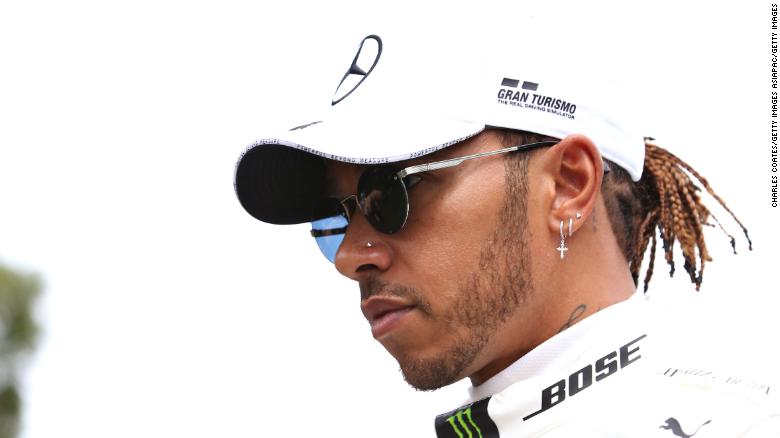 “I’m one of the only people of color there yet I stand alone,” said Formula One world champion Lewis Hamilton.

‘I’m with a heavy heart’

There was reaction, too, from the world of tennis.On Instagram, US great Serena Williams posted a video in which a young African American child reveals how she feels she’s treated differently to others due to her skin color.Williams wrote, “I can’t and still can’t find the words to say or express how sad I feel … but she found them for me. She found them for so many of us.”The sport’s 23-time grand slam champion went on to say, “I’m with a heavy heart. I’m lost for words.” 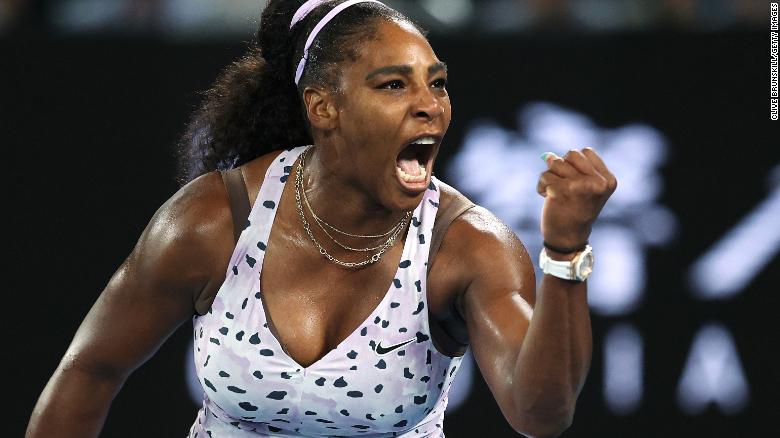 Serena Williams is pictured at the Australian Open.READ: Kaepernick among sporting figures to pay tribute to George FloydJapanese superstar and former world number one Naomi Osaka also took to social media, tweeting, “Just because it isn’t happening to you doesn’t mean it isn’t happening at all.”Osaka also appeared to call out others on their silence: “It’s funny to me that the people who wanna wear chains, blast hip-hop in the gym, attempt to get dapped up, and talk in slang are suddenly quiet right now.”And 16-year-old American Coco Gauff also weighed in with a call to action in a video showing the faces of black Americans who’ve died in recent years at the hands of the authorities or civilians due to racism.Via a caption, Gauff explains why “I am using my voice to fight against racism,” before asking, “Am I next? I am using my voice. Will you use yours?”