Farfetch to Feature The Folklore’s Designers on the Platform

As part of Farfetch’s ongoing efforts to engage with more Black-owned brands and boutiques, the global platform has partnered with online concept store The Folklore to introduce 10 new designers from Africa and the diaspora to the platform. 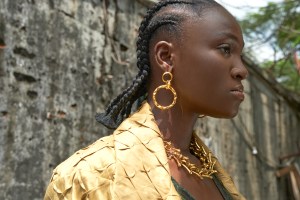 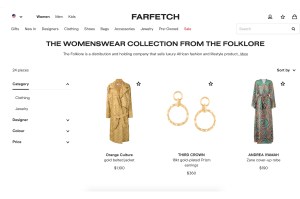 Some of The Folklore’s women’s edit on the Farfetch platform.  courtesy shot.

As part of the partnership, The Folklore produced editorial in Lagos, Nigeria, featuring key looks from the upcoming drop. The images and short film were created to highlight the beauty of Lagos, one of Africa’s fashion capitals, and celebrate the Nigerian brands that anchor The Folklore’s first Farfetch release. The editorial was shot by Nigerian photographer Stephen Tayo and produced by The Folklore’s digital producer, Raven Irabor.

Amira Rasool, founder and chief executive officer of The Folklore, said, “The Folklore’s partnership with Farfetch is really a defining moment for the fashion industry. This is one of the first partnerships that I have witnessed a major luxury company enter into that is actually committed to working with brands from Africa and the diaspora on a longtime basis. 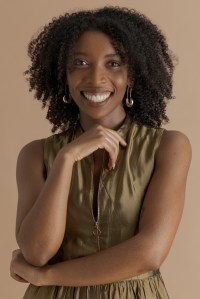 “The Folklore is all about creating opportunities for designers from Africa and the diaspora to consistently have a platform to distribute their products and tell their stories to wider audiences. We’re happy that Farfetch believes in our mission and that providing this platform for brands has become an important element of their diversity plans as well,” Rasool said.

Holli Rogers, chief brand officer of Farfetch, added that she was very happy to welcome The Folklore to the Farfetch platform. “Representation is important, and Farfetch is committed to meaningful, long-term change when it comes to diversity and inclusion. This partnership will allow our global customer base of over 2 million to discover eclectic designs from Africa and the diaspora, alongside other well-known and emerging designers; giving The Folklore and its designers exposure and demand that they otherwise might not have had access to, and we are proud to be part of this ongoing journey.”

Farfetch, which was founded in 2007 by Jose Neves and launched in 2008, connects customers in more than 190 countries with items from 50-plus countries and more than 1,300 brands, boutiques and department stores.

unveiled a global strategic  partnership to provide luxury brands with “enhanced access to the China market,” and to accelerate the digitization of the global luxury industry.

The Folklore, founded in 2018, stocks more than 30 luxury and emerging designer brands from Africa and the diaspora on its platform, along with featuring artists and creatives to showcase their personal stories.

Biodun Da-Silva: How to Find Peace in a Chaotic World

Can Your Finances Cope With the Recession?