Eri: The Father Of The Igbo People

It is believed that the Igbo people descended from Eri, a divine figure who according to folklore, was sent from heaven to begin civilization. Eri was the son of Gad and Gad was one of the sons of Jacob from his concubine, as mentioned in the Bible.

Folklore has it that Eri lived in Egypt as a high priest during the reign of Joseph. When he foresaw the intending slavery of his people, he fled Egypt through the river Nile, crossed the river Benue, transversed across the river Niger, then settled near the confluence. With the people he was able to recruit, he established in that location. Eri had a son there, and he called him Nri.

Nri possessed the same priestly ordination, and thus his spiritual powers, and was appointed as his heir. Eri went on to have four other sons and one daughter. As Nri got older, he left his father to establish a place of his own. This place, named Nri, is currently in Anambra state in Nigeria.

Interestingly, there is an ongoing debate about the origin of the Igbos between the Nri and Aguleri people. A school of thought argues that Aguleri was the first son of Eri who migrated from Egypt with him. As such, Aguleri should be the original source of the Igbo race, but another school claims since he wasn’t born in the new settlement, but from Egypt, this shouldn’t be. This school insists that Nri was the one who possessed the priestly nature of his father, Eri. 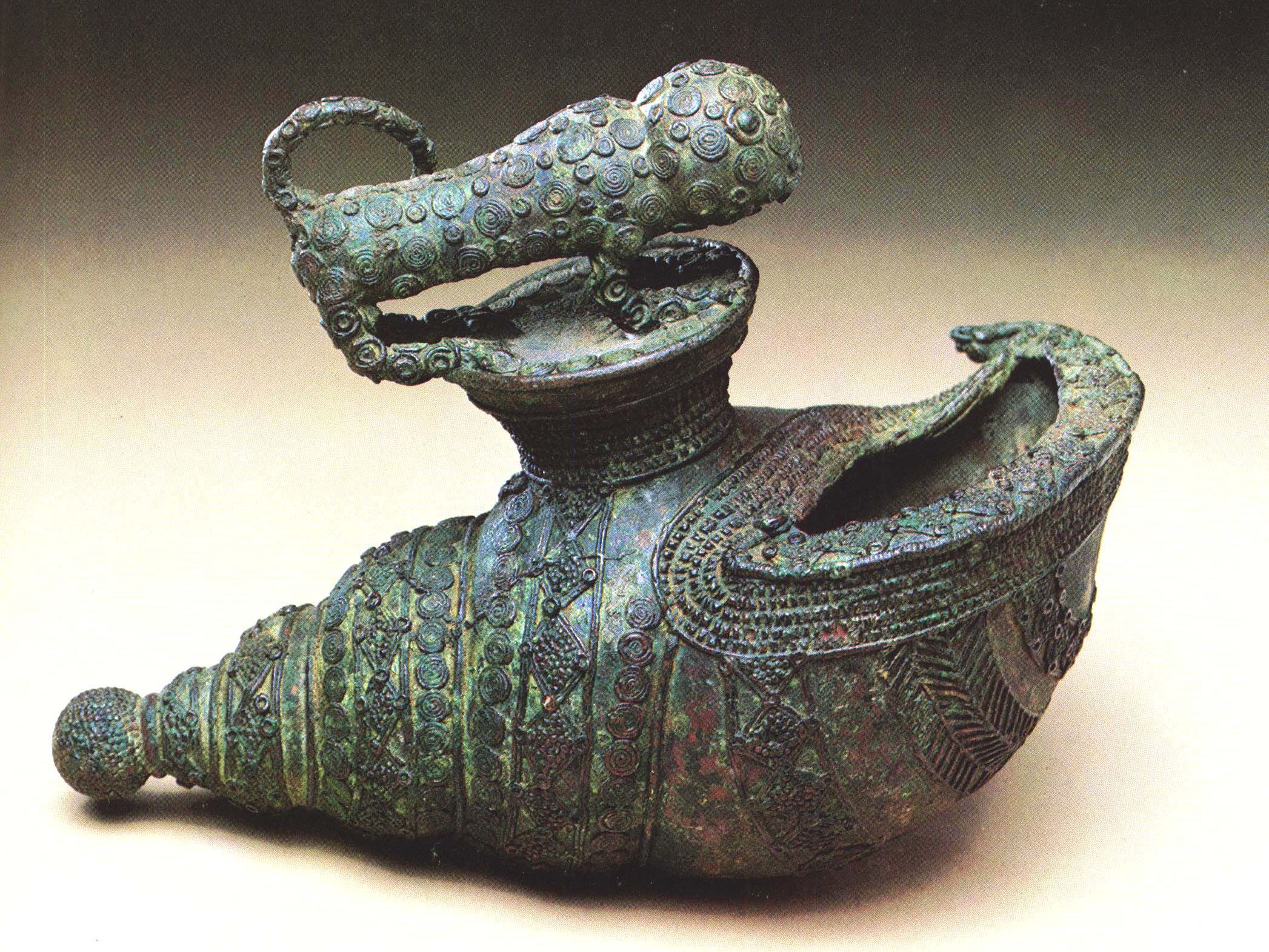 Despite these arguments, the tradition holds that no one breaks a kolanut in a gathering but an Aguleri man if he is present. Also, before a king is coronated, he must visit Aguleri for a ritual and to receive blessings for seven days.

Now, after the death of Eri, his first son Agulu (now known as Agulu + Eri, “Aguleri”) took over the land and the people multiplied and spread to form more communities. Nri heard of his father’s death and he went back to Aguleri, and stayed for a long period so that one of his demands before his death was to be buried in Aguleri.
Prior to his death, he founded a kingdom which, some say, is a result of his father’s mystical abilities which were passed down to him.

The Nri Kingdom
Over the years, the kingdom of Nri grew large and has its capital at Igboukwu. Due to the fast-paced development that the people were a part of and witnessed, they soon owned a currency and developed banking systems. Their economy was primarily agriculture and traded hunting games as well.

Nri quickly became a haven for runaway slaves, and outcasts (osu) were welcomed. Although the Nri people did not control all Igbo lands, their influence was visible over all Igbo territories and beyond, thus all activities, both cultural and traditional, were held in Nri.

Their leadership was void of dictatorship. The king managed the trade routes, diplomacy and also possessed authority over religious matters. To become a king was not limited to the descendants of Nri but through a divine selection. However, the chosen one was mandated to go through rituals to prove himself worthy to Chineke (the creator of the universe), must be from Eri, his mother would die a few days or weeks after his birth, and must have no father alive. His ritual involves a celebration as though he is dead, symbolising death to himself as he now belongs to the spirits and the people. Then finally he must visit Aguleri before he is crowned.

Every year, a festival called the Ancient Iduu Cultural (Olili Obibia Eri) festival is organised to celebrate the arrival of Eri at the Agbanagbo-Ezu-na-Omambala (confluence of Ezu and Omabala rivers). This festival was initiated by Eri and is still celebrated.

Things to Consider When Starting your Business