Charles Okpaleke: A Walk Down The Classics Lane

In the early 1990s, a Nigerian businessman, Kenneth Nnebue, had just shipped in empty videocassettes from Taiwan. To hasten the sales of the cassettes, the business-minded Nnebue decided to write alongside Okechukwu Ogunjiofor and shoot Nigeria’s first home video in 1992, Living in Bondage.

No sooner had it hit the streets of Lagos than the video rental stores witnessed an influx and appreciation of home videos and before anyone could spell Jack, it spread to other parts of the country. Soon, the reels of the cassettes at rental stores started to get bad yet that didn’t deter people from renting.

Living In Bondage wasn’t just the first home video to many Nigerians. Growing up in a society that had experienced the several banes of the military Era, and the poverty that reeked the land, men who had achieved a certain status characterized by the latest cars and mansions were revered and every day, the hopes of the average Nigerian like Andy Okeke, the main character, to join the special class were getting dim.

Living in Bondage, as such, became the revealer of the “secrets”- that not all who belonged to the special class had obtained their wealth through legal means.

What started off as an experiment quickly rose not just to become one of Nigeria’s biggest exports but the second-largest film industry in the world with 45 films produced every week.

In 2001-02, 20 years later, Charles Okpaleke, a first-year student of Medical Laboratory Sciences at the University of Nigeria (UNN), had returned home penniless. While sitting in front of his home in Lagos, he was approached by a man to play a role in an (unnamed) Nollywood film. The price? N10,000 for each day players (Extras).

An excited Okpaleke went into his house to wear one of his best suits when he was intercepted by four of his cousins.

I asked my cousins, ‘who wants to make easy 5000 naira now?’ and asked if they wanted to act in a Nollywood film. They said ‘no’, so I told them ‘okay, I’m going’ and one of them stopped me and wore his suit. The others started wearing theirs including my sister.

To his surprise, some of the actors were Ramsey Nouah, and Jim Iyke. So good were their suits that the costume designer borrowed their clothes to use in other scenes. “They paid me 50,000 naira, I gave them 5000 naira each and kept the extra 20,” he says chuckling.

17 years later, Okpaleke, now a popular Nigerian businessman, who couldn’t get over his fascination with Nollywood and the way it captured the African society, decided to do a sequel of the classic Living In Bondage and Ramsey Nouah would become the director and a supporting actor. Its sequel, Living In Bondage: Breaking Free has become one of the most successful films in Nollywood earning 163 million naira ($454,000) in the Box Office. 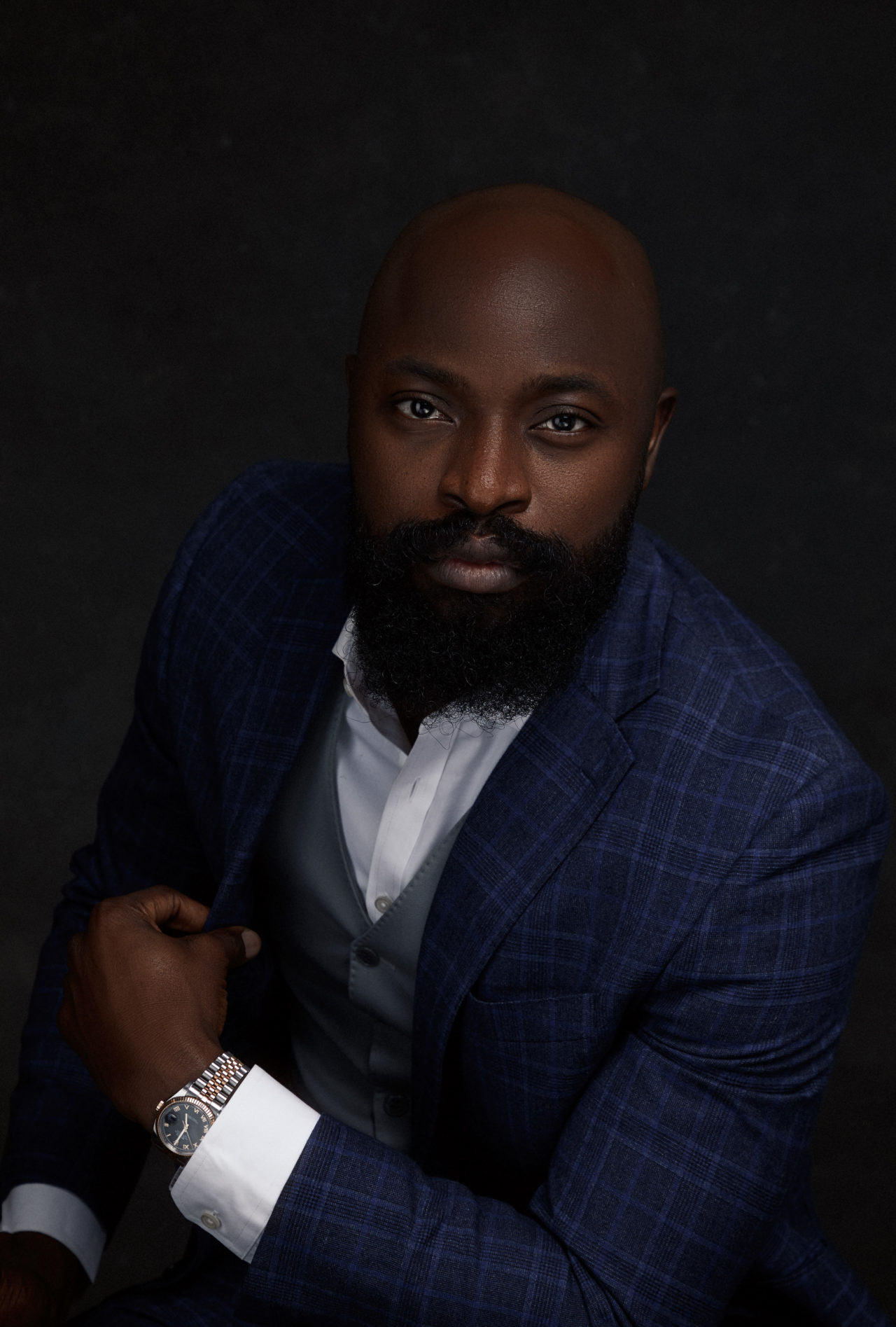 Like Nnebue, Charles Okpaleke, a popular Nigerian lavish businessman, thinks business and acts business. A nightclub tycoon, a former UNN lecturer and co-owner of Play Entertainment Network, his venture into the film industry was premeditated on his insatiable need to explore and expand.

In 2015, he got tired of investing and supporting films that either “never saw the light of day or so low-budget.” His drive for quality and the need to make a mark by himself in Nollywood, saw him go back to the drawing board.

But it was his wife who held the answer.

One day my wife and I were watching a documentary on how Nollywood was birthed through Living In Bondage on CNN and she said, ‘Why don’t you do a 360, and do a sequel? And I thought, that’s a brilliant idea from a business man’s angle, it is a brand name and a story that would give me the boost I wanted as a newcomer [to establish what I was bringing to the table]. I also knew that it was a brand that I didn’t want to ruin’. For me, one of the benefits of Living In Bondage is that it is a title that has a worldwide confirmation. For me, it was easy to break into the market with classics and stories that would excite them. My aim is to retell our stories but by telling that, we’d still get that international attention.

And risks taking and spontaneity is not new to him. Right after the idea was born, he called Ramsey Nouah and informed him of his plans. An introduction to Kenneth Nnebue, a conversation on Okpaleke’s interest, a trip to Owerri the following day, and acquisition of the rights to the film for 10 years, all sealed in less than a week.

Nollywood, Living In Bondage And Black Magic
Living in Bondage is arguably the inspiration/progenitor for Nigeria’s identity of black magic juju. Andy Okeke (played by Kenneth Okonkwo) represents the average Nigerian who is desperate to get out of his below-the-line poverty situation.

His wealthy friends, the select rich in society, tell him that the secret to his wealth lies in joining a cult. To join, the one he loves the most-Merit (his wife)- must be used as a sacrifice. An all-too-familiar story (with an overflow of blood money and the unending desire for a lavish lifestyle), many of what is known as “Asaba film” is built heavily on this notion.

As if in an attempt to quell what has become known as the identifiers of the Nollywood, cinema films are actively attempting to break the stereotypes with releases in. Yet, Okpaleke’s film is still raking in millions at the cinemas and enjoying rave reviews.

In 2019, Ramsey Nouah, the director of the sequel explained in an interview that unlike the juju we were used to, this came with a ‘’sexy, Illuminati vibe.’’ True to his words, the little girl, the inverted cross, and the devil troupe all make appearances in the film. 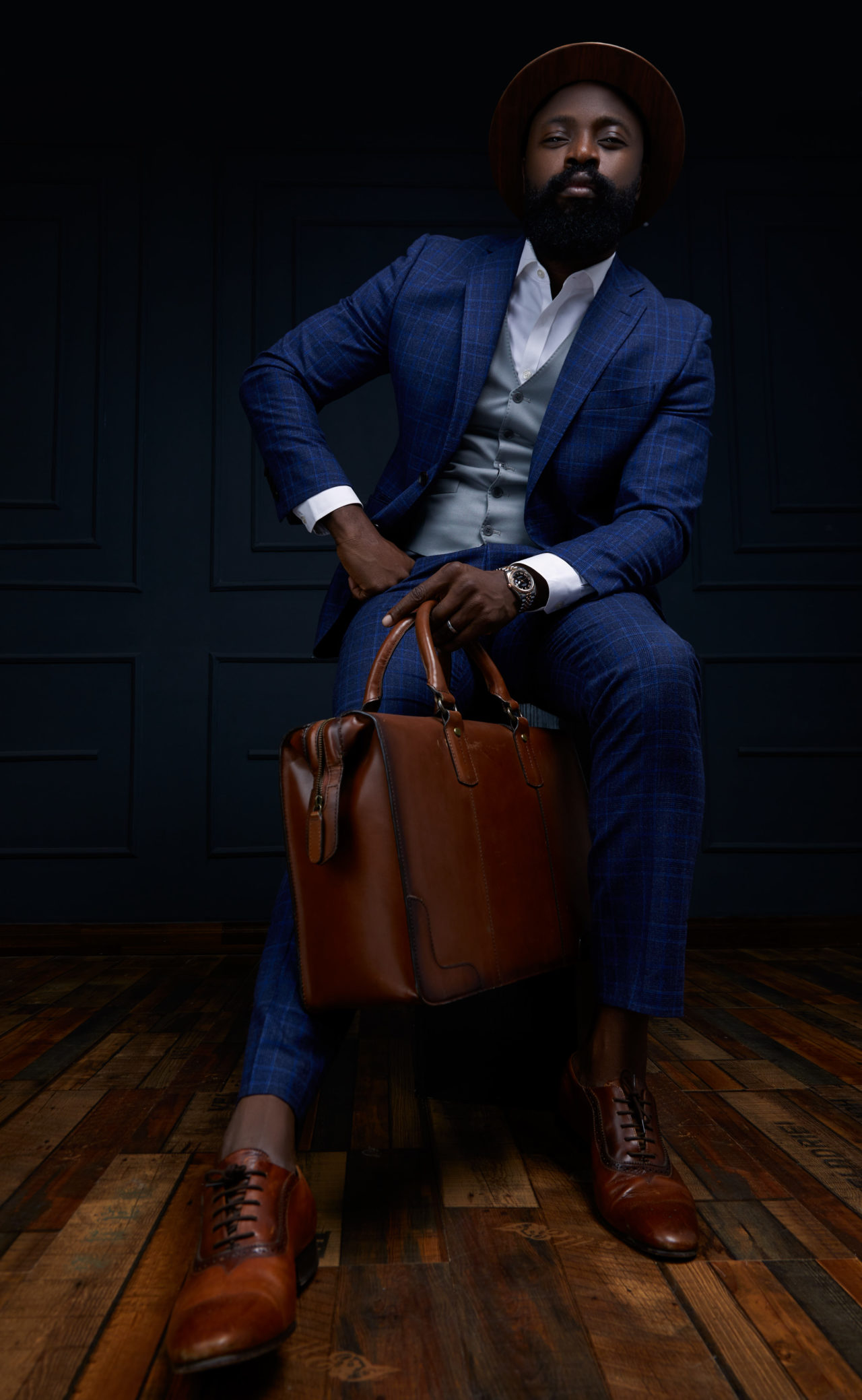 Is this his attempt to push the narrative? Okpaleke says that

What we did here was to modernize it, we made the spiritual, occultic thing a refined organisation. You didn’t use juju for money to fall down on you. Everything was more like a corporate system. As long as there is life, there is evil and there is good. I don’t think you can stop anyone from shooting something that doesn’t depict this.

In fact, an overwhelmed Kemi Adetiba, producer of King of Boys, told The Guardian Life during her cover interview in 2018, “They love it and passionately tell me how much they love it, almost gets me emotional.”

Reinforced by the success of the non-comedy film, Okpaleke says that more than ever, he does not regret towing the paths of Horror.

“I am built to not regret anything. When I miss out on something, I look at it again and say, ‘what are the lessons here?’ It depends on if you want to take it as a failure or a lesson.”
“King of Boys showed that there are people who are interested in other genres apart from rom-com. It also showed diversification and growth in the industry.”

Across the continent are Africans’ interest and grapple to be recognised by the International film industry. In fact, getting a mention or recognition of one’s film on the International scene automatically certifies such as best among its competition. Yet, Okpaleke argues that Africans’ acceptance is what his eyes are on.

“To be honest, what drives me is our heritage. I am making films for Africa. The problem with people is that they are so dependent on the international film industry accepting them and when they don’t, they feel that they are not there yet. What is important is Nigerians and Africans telling our stories. I don’t see why I should get that good tick from them when I can get it from us. Besides, what can sell in Africa might not sell in the Western world.”

“For me, if you have a good film, you’d sell. My aim is to make films. If I break into that, I will do a film that is acceptable worldwide.”

If being accepted into the International film industry is a problem, then investments must be made.
“We are progressing. Why we are still with this (grappling with this problem) is because people didn’t see it as a money-making venture. Now we have the numbers, and the more cinemas you have, the more money you make.

Once you make money as a producer, you’d find yourself investing more in the industry. Before you know it, it will start to start to pick up. For us, once we are able to push quality, the sky is our limit. Hollywood is basically technology and when you have the technology, you get what you want.”

One would assume that to achieve the same success, he would recall most, if not all, of the former cast. But Okpaleke says that if this played out, it would be only right that he, a first-time producer, would not have the same opportunity.

“Nigeria gave me an opportunity to shoot my first film. The person [Kenneth Nnebue] that sold the rights to me knows I’ve never shot a film before but he gave me the rights to it believing I would never destroy the classic.”

Not only that, in the near future, but Nollywood fans would also see the comeback of classics such as Glamour Girls, Rattlesnake, Nneka The Pretty Serpent and all is courtesy of Okpaleke.

Okpaleke is not an all-round genius after all. “My daughters [twin daughters] confuse me at times,” he says laughing.