Blacknificent: African’s Expressions Of Style And Identity In Their Agro Curls 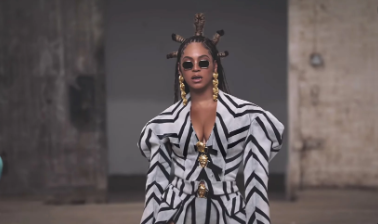 For many years, Africans have been self-conflicted because of the history it had since experienced from mostly western civilisations. Struggling with the hangover for self-identity and placement in a world distorted from its originality, Africans are left to puzzle up the debris of what is left from history, which is largely a one-sided narrative, as shown through the Nigeria-British colonial affair. Thus, Africans, in past and recent times, have chosen different means to express their creativity, culture, and individuality. One of such prominent ways is through the dramatic and creative use of their Afro curls.

They say a woman’s hair is her crown of glory, but this crown has experienced successions of changes at different times to serve and appropriately suit the time. For instance, the hair working as a communicative tool and a means of survival, so African hair had sociocultural/political influences. The African kinky hairs and the straight glossy ones are both distinguishing in appearance and symbolically stand as a representation of various races. The recent trend of pop culture and cultural appropriation has thus ushered acceptance of afro curls of various textures of African hair. Plus, this enormously impacted the way and manner a black man and women appreciate themselves and the abilities of the black race.

A tone is being set by the black race to represent narratives of themselves in their true nature infused by the creative styling of their non-minimalist hair. This century is one of “wokeness” and has since preached reception. Evident with the current trend of transitioning from chemically treated to a kinky bulk, simplified as the gestation of imitation to that of full awareness. The hair of the African woman is diverse and distinct, having a hair that is organised and neat most often signifies an elite status accordingly, having styles that defined or revealed information about the individual wearing it. 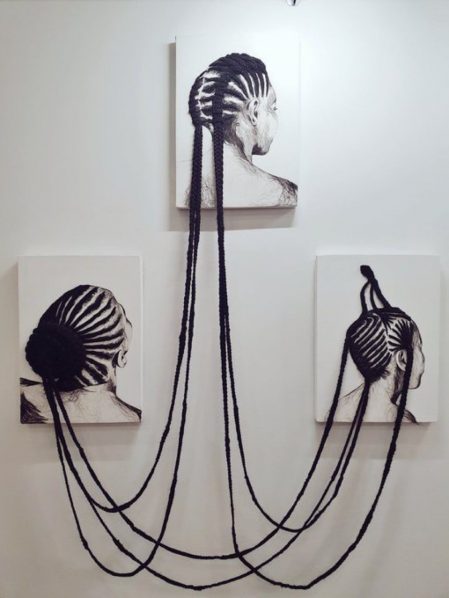 The history of African hairstyles displays a wide range of simplicity and complexities, leaving many in awe and in puzzlement of the creativity and symbolism to be had in the culture of these subsections of Africa. Many of these flamboyant hairstyles that were conveniently worn every day are now being ceremoniously worn to adorn one at special events and ceremonies.

Styles like the Bantu knots with the African word meaning people aka zulu knots or Nubian knots if you prefer has become a must hairdo in the 21st century.

The hairstyles and natural hair trend are an acceptance of the African culture. This is identifying an element peculiar to a people perhaps representative of an important trait among the black race.

The kinky hair revolution to self-identity and a major turn in acceptance and understanding of the natural curls of a kinky woolly hair.

The hair of Africans before colonial disruption was a hub of art and wonders with daring styles that were delicately done with motives and symbolic of something.

These hairstyles were all done with deep intentions and were not mundane in their outlook, just like the hairstyles kohin sorogun meaning “turn your back to the jealous rival wife” was a style done by various West Africa Nigerian housewives in polygamous homes to spite their rival wives. 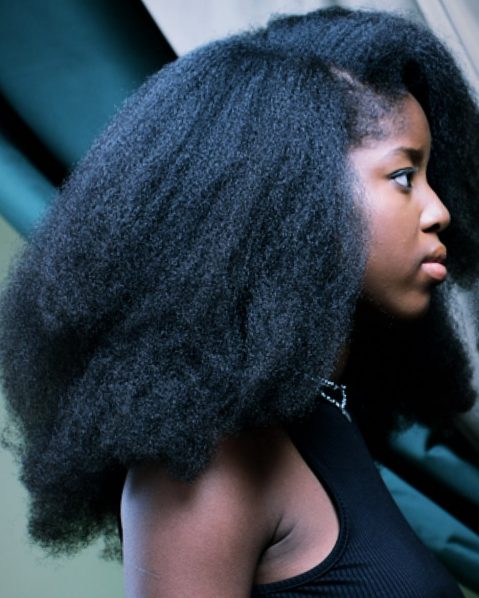 The story of the Afro is curled with intricate stories of survival and self-love as they bloom and grow. The present-day action by many has become an awakening together with a defiant attitude to the initial disposition of the natural curls and kinks that were once neglected and, consequently, disconcerted from being a way to express creativity and their individual culture. Then again, India Arie says it succinctly when she sang these lines

Badd hair means you look like a slave (no)

At the turn of the century

It’s time for us to redefine who we be.”

This Head-Turning Amede Collection Is Perfect For Relaxed Festivities

Will The United States Re-Engage With Africa?