Lagos, Nigeria (CNN)Anyango Mpinga woke up August 1 to multiple social media comments and messages informing her that her fashion brand was featured on the website of one of the most popular entertainers in the world — Beyoncé.

How a grandmother from Nigeria ended up in Beyoncé’s ‘Black Is King’“There was a comment from one of my followers on Instagram that said, “Oh, your work is featuring on Beyoncé.””I was confused at first because as far as I knew, I hadn’t sent Beyoncé anything,” Mpinga said, laughing.The fashion designer from Kenya would later find out that her business — Anyango Mpinga — had been listed as part of the “Black Parade Route,” a directory of Black- and African-owned small businesses curated by Beyoncé and Zerina Akers.Akers is Beyoncé’s stylist and the founder of Black Owned Everything, a compilation of businesses across various fields run by Black entrepreneurs.

Black Parade Route highlights brands and businesses across different industries, including restaurants, beauty, arts, and design, as well as multiple fashion brands from different countries in Africa.The directory was released alongside a song titled “Black Parade” on Juneteenth. The June 19 holiday celebrates the end of slavery in the United States. It’s the anniversary of the day in 1865 when news of their emancipation reached slaves in Galveston, Texas.”Happy Juneteenth Weekend! I hope we continue to share joy and celebrate each other, even in the midst of struggle. Please continue to remember our beauty, strength, and power,” the singer wrote on Instagram at the time. “‘BLACK PARADE’ celebrates you, your voice and your joy and will benefit Black-owned small businesses.”

Mpinga told CNN that she is a fan of Beyoncé and was excited to see that the award-winning musical artist had posted her brand on the website.Through her brand, the 36-year-old designs and produces re-imagined white shirts, bold prints, jewelry, and leather bags.”I was excited to see that my business is on Beyoncé’s site. And I was also thrilled to see so many beautiful brands that she wore in her album on the website, and I loved them,” she said.

Being featured on Beyoncé’s website is giving many African owned businesses greater visibility and by extension more customers, according to Edwin Okolo.Like Mpinga, Okolo’s fashion brand, Studio Imo, was spotlighted on Black Parade Route.”I was not expecting it at all because I am a small brand … I was pleasantly surprised to find that I had been featured,” he told CNN.The 33-year-old Nigerian has been running his business since 2013 and makes dresses and jumpsuits, knitting them by hand.

Since the feature, he has noticed a lot more activity on his business page with people preordering some of his designs, he said.”A lot of people are showing interest. I have already gotten new commissions and more people have ordered from the online store. I don’t know how that will play out in the long term but just being recognized has been very good for my brand,” he added.Mpinga said her brand has also attracted more attention.”It brought a wider audience to my platform. What has happened is that I’ve been getting a lot more requests from people asking how they can get the pieces from my collection, people wanting to make orders,” she explained.

‘There are many Black creatives’

Mpinga said that the directory is proof that there are many Black and African creatives across different industries.”The industry has been saying they don’t know where to find Black designers or good creators, it has been an excuse for a long time with the big retailers,” she said. 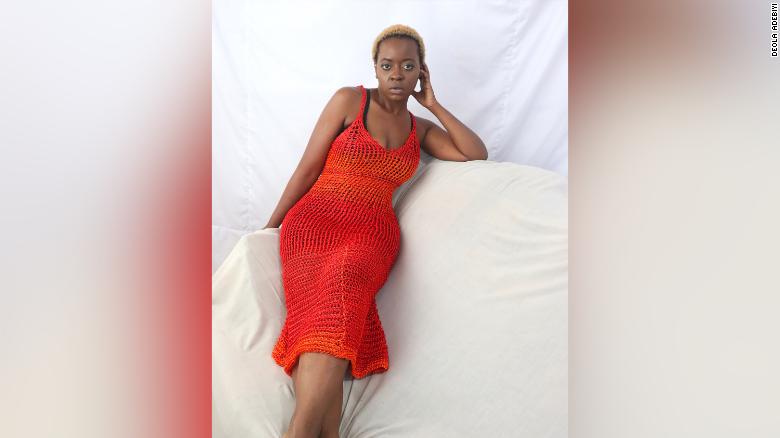 Edwin Okolo’s brand, Studio Imo, designs and produces handmade dresses and jumpsuits in Nigeria.”What Beyoncé has done is show everyone where to find these creatives so that there are no more excuses,” she added.And while Okolo is excited that Beyoncé is featuring businesses on her website, he said he hopes the singer and her team will give an additional boost to brands by promoting them outside Black Parade Route.”It is wonderful to see Africans get this kind of platform without doing anything extra but I am hoping more can be done in terms of PR. I don’t know if that will happen in the near future.”

‘It’s hard to believe it when everything’s against you’: the rise of Melbourne’s African diaspora rap scene

Proudly SA: The woman and the entrepreneur