Ashley Adirika, a Nigerian-American teenager who graduated from Miami Beach Senior High School this month, joined the exclusive group of students who have gained admission into all Ivy League Universities. In an interview with CNN, Ashley admits that it has always been a dream for her to study in an Ivy League school.

Over the years, a number of Nigerian-American teens have been admitted into Ivy League universities and Ashley has just joined that exclusive club.

For years, each Ivy League school has accepted less than 12% of its applicants. The Ivy League is “an American collegiate athletic conference comprising eight private research universities in the Northeastern United States, and has since been used beyond the sports context to refer to the schools as a group of elite colleges with connotations of academic excellence, selectivity in admissions, and social elitism,” per Wikipedia. They include: Brown, Columbia, Cornell, Dartmouth, Harvard, University of Pennsylvania, Princeton and Yale.

“I just decided to shoot my shot at all of them and see if it would land. And I had no idea that I would get accepted into all of them,” she says.

“On Ivy Day, I remember crying a lot and just being extremely surprised.” She also got accepted to seven other top-rated schools, including Stanford, Vanderbilt and Emory. With plans to major in government, Ashley chose Harvard.

The teenager opened up about her dilemma between Harvard and Yale, however, her choice on Harvard was very much on the basis of her career aspirations. She has a noble goal – to fix issues in communities with the knowledge of government systems and policies.

“Before the college application process, Yale was actually my top choice. But when I did further research for what I want to do specifically, which is explorations in policy and social policy and things of that nature, Harvard just had a better program,” she says. 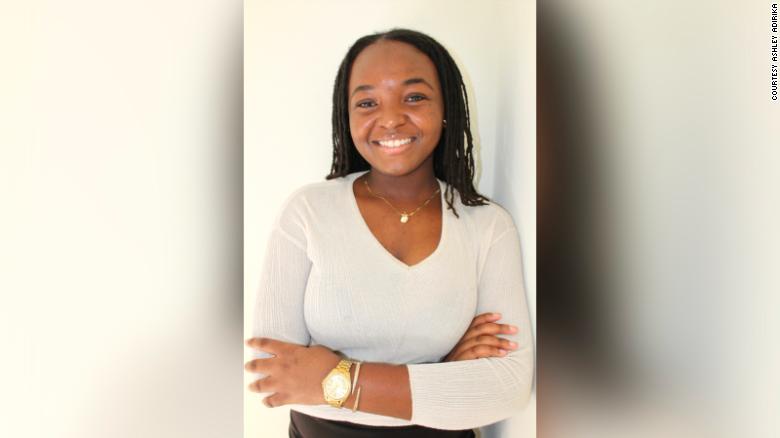 Leadership and Excellence is not alien to Ashley as she was part of the debate team and even served as the the Student Council President back in high school.

“I am really passionate about policy and using policy to empower communities. And so in the short term, for me, that looks like becoming a lawyer,” she says. “But in the long term, I want to use that as a platform to do work in policy.”

While in high school, Ashley already started Our Story Our Worth. The organization provides young women of color with mentorship, confidence-building and sisterhood. She says that being part of the debate team played a part in teaching her how to articulate herself  when talking to members of the organization.

We are so proud of Ashley Adirika’s achievements and and wish her the very best in her endeavors.

Focalistic To Headline At Budxlab This Week