Scarification has a deep African history. There were a lot of associated reasons, values and implications to scarification in the olden days. Although it has become drastically unpopular, some people still choose to carry the marks of their ancestors more so without proper knowledge.

In Benin republic, West Africa, among the Houeda ethnic people, there is a popular belief that the scarification of children would create a connection with them and their ancestors. After the scars are done on their faces, they are given new names, have their hairs shaved off before they are led to an oracle whose job is to help them communicate with previous generations. 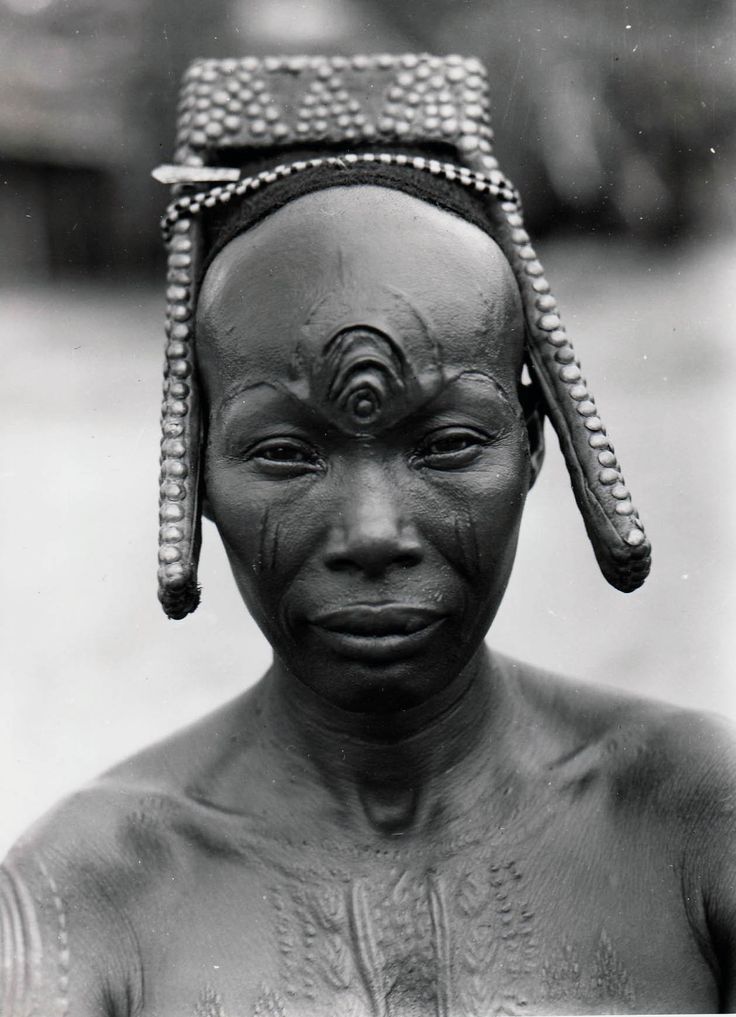 Again, scarification is seen as a sign of dignity and social status. Back in the day, warriors would scar their bodies to show that they have successfully killed someone from an enemy tribe or better still, won a battle. Another is after a strenuous yet successful hunting. This is basically because they all signify bravery and strength, which in turn commands respect.

A woman with extensive scars is then perceived as strong and resilient to go through the pains of childbirth.

The process of scarification, on the other hand, is painful no matter how it is carried out. One common way is by cutting repeatedly with a hot iron or blade. The facial area is first cleaned with water, then a design is picked ( mostly strokes) after which, they cut and burn the skin until the desired width and depth is reached. Another method involves scratching, scrapping and cutting designs that leave permanent scars on the body. The duration of healing of a scar is roughly six to twelve months which depends largely on skin types and the extent of the would.

Therefore, by contrast, scarification especially in West Africa is viewed as self-harming, mutilative and self objectifying. It is also seen as an outdated cruel practice and involuntary (in the case of little children) markings which induce pains and suffering. It is necessary then that everyone including children is given the knowledge about scarification, its processes, importance and values, and then allowed the choice to make for their own bodies. This, of course, will require that children be old enough to decide for themselves, whether yes or no to scarification.

In this modern times, however, scarification may have lost its values and perceived importance in most parts of the continent. Now makeovers, body creams and lotions have taken over its aesthetic values. People no longer need a scar to appear attractive and sexy and there are not many such battles nor hunters anymore.

Now people with scarification marks are viewed as local, ignorant and outdated. There is a kind of stigma associated with it- one of shame, fear and low self-esteem, whilst they look for ways to cover up their marking themselves or as Linda Osifo once confessed, through surgery especially when questions such as “if I got scratched by lions in Africa” are asked.

This shouldn’t be the case. And everyone should be allowed to decide for themselves to avoid regrets and resentments.

Africa is Fast Becoming a Top Wedding and Honeymoon Destination