For many Nigerians, Africa begins and ends in West Africa. When you ask an average Nigerian to mention countries in Africa, it is common for them to mention Ghana, Togo, Cameroon, Benin-Republic, Côte D’Ivoire, and other neighbouring countries.

A common misconception many Nigerians have about Africa is that it is a continent for only black people and a white person (oyinbo) cannot equally be an African. There’s also the misconception that every black person emerged from Africa. The biggest misconception is that economically, Nigeria is the giant of Africa and all other African countries are not as economically strong or well to do as Nigeria. It’s common to hear an average Nigerian say things like “small Ghana is fighting with us”, “ordinary Rwanda too is talking”.

That is why BellaNaija is introducing The 54, a series that will explore Africa and the African people.

In this series, we will look into the various African cultures, tribes, people, food, arts and music, economy, politics, regions – everything Africa and African.

But for now, let’s give you a glimpse of what this series, The 54, is all about and how we intend to take you on this journey with us.

Africa is the second-largest continent in the world with 54 countries in it and a population of 1.216 billion people (as of 2016).

In Africa, there are about 3,000 tribes, speaking more than 2,000 different languages. Arabic and Swahili are the most spoken languages in Africa. But with an estimated 35 million people in total, Yoruba is the largest ethnic group in Africa.

Zulu, with an estimated population of 11 million people, is known to be the largest ethnic group in South Africa. The Zulu people became a powerful state in 1818, led by a military leader known as Shaka. Zulu beliefs are formed around the presence of ancestral spirits, known as amadlozi and abaphansi.

Ovahimba and Ovazimba tribes in Northern Namibia Array, according to the records of the fossil remains in Africa, seems to be the first continent where humans were found. The fossil remains have suggested that humans had inhabited the African continent around 7 million years ago. The first settlements of the Himba people can be traced back to the early 16th century when they crossed the Angolan border and chose Kaokoland (now called Kunene region in Namibia) as their new homeland. The Himba people are known for their red ochre cream.

The Sinai Bedouin are a group of tribes descending from immigrants who arrived from the Arabian Peninsula between the 14th and 18th centuries. In Africa, the Sinai Bedouin people can be found in Egypt.

Because they are mostly nomads, they have never relied on traditional doctors and they take their medicine from nature – herbs, plants. They mostly make their meals at home or in the desert, grow their own vegetables, eat meat they have reared and cook fish they have caught. 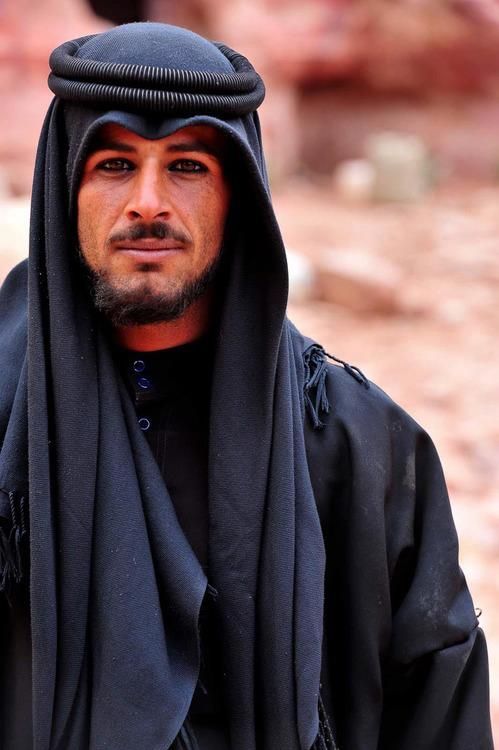 The People of Wodaabe

If you are looking for a place where the women decide who they want to get married to and how many husbands they want, then the Wodaabe tribe is right for you. Pretty and very attractive, the Wodaabé men have often women-like elegant faces and it is very important for the men to look pretty for their their women. In some cases, a man who is not so pretty has to share his wife with another more beautiful man, so the probability a pretty child is born is higher. The Wodaabé tribe is part of the Fulani who were originally Nomads and herdsmen.

We’ll explore more of the Wodaabe tribe in our series.

The Hadza people, in Northern Tanzania, are one of the ‘oldest’ lineages of humankind. The small tribe consists of approximately 1,300 hunter-gatherers: one of the last in Africa.

According to survival international, the Hadza’s homeland lies on the edge of the Serengeti plains, in the shadow of Ngorongoro Crater. It is also close to Olduvai Gorge, one of the most important prehistoric sites in the world, where homo habilis – one of the earliest members of the genus Homo – was discovered to have lived 1.9 million years ago.

Estimated to be about 900,000, the Maasai people, located in Kenya and Tanzania, are among the foremost African ethnic groups in Africa. “According to the tribe’s own oral history, the Maasai originated north of Lake Turkana (north-west Kenya) in the lower Nile Valley. They began migrating south in the 15th century and arrived in the long trunk of land stretching across central Tanzania and Northern Kenya during the 17th and 18th centuries.”

The Tuareg are a group of Berber clans of obscure origin in Northern Africa. Legend states that under their first queen, Tin Hinan, they moved into the Sahara around 400AD. During medieval times, the Tuareg dominated lucrative trade routes across the desert. Timbuktu, renowned throughout the Muslim world as an intellectual centre, was founded by a Tuareg family in the 12th century. They inhabit the Sahara in a vast area stretching from far southwestern Libya to southern Algeria, Niger, Mali, and Burkina Faso. In the Tuareg tribe, it is the men who cover their hair.

If you have watched snippets from Beyonce’s Black Is King and you love the hairdos, it is important for you to be aware of their origin – Africa.

The Mangbetu were known for their elongated heads. The process of elongating the skull began at birth. The baby’s head was tightly wrapped with a cloth until the desired shape had been achieved. Known as lipombo, the culture was a symbol of affluence among the ruling class. This hairstyle worn by the Mangbetu women was, at a time, very fashionable. This practice can also be traced to the Mayan and Egyptians.

The Bantu people are the speakers of Bantu languages, comprising several hundred indigenous ethnic groups in sub-Saharan Africa, spread over a vast area from Central Africa across the African Great Lakes to Southern Africa. Bantu as a major linguistic group in Africa whose existence is in record up to about 5000 years ago. The linguistic group comprises of about 300-600 different ethnic groups totaling to over 100 million individuals across the African continent. Bantu knots has its origin in Africa. They have been a traditional African hairstyle for over 100 years. Bantu means people and Ubuntu means person.

In ancient Africa, the Mursi women from Ethiopia were known for their horned heads and their huge lip plates. Pre-pubescent Himba girls, in Namibia, also wore two thick braids in front of their faces that looked like ram horns. Surrounded by mountains between the Omo and Mago rivers, the home of the Mursi is one of the most isolated regions of Ethiopia.

For 25 years, Morocco has celebrated the Fes Festival of World Sacred Music. Set up in 1994 and 2001 respectively, this festival comes within the scholarly, artistic, and spiritual tradition of the city of Fez.

The Lake of Stars Festival is an internationally renowned arts and music festival that takes place on the palm-fringed shore of Lake Malawi every year. Lake Malawi, which is the ninth largest lake in the world and third largest and second deepest lake in Malawi, is located between Malawi, Tanzania, and Mozambique. Lying within the Western Rift Valley, Lake Malawi is also one of the deepest lakes in the world. For over a decade, Lake of Stars has drawn musicians and visitors from around the world to Malawi’s shores.

Because of Africa’s diversity, there are many meals unique to many ethnicities and tribes. Let’s explore some yummy African meals.

​This meal is an authentic Moroccan soup made of tomato, lentils, and chickpeas. It also includes meat, making it a filling and satisfying dish. There are many variations of this traditional soup and these variations have been passed from generation to generation. 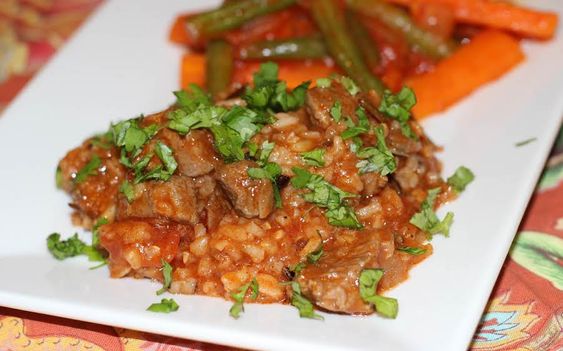 This South African dish is prepared outdoor. Potjiekos is a traditional dish that is cooked slowly in an iron pan that is placed on hot coal. Translated as ‘small pot food’, Potjiekos is never stirred during the cooking process.

The spiral-shaped cuisine, Boerewors, is also a popular meal eaten in South Africa and Namibia. Shaped into a coil, Boerewors contains at least 90% meat, and 10% spices. Boerewors is traditionally grilled on the braai (South African barbecue), and it’s usually served with pap and sous (sauce)

Senegalese Chicken Yassa is a tangy-spicy dish enjoyed in the West African region. It is a popular Senegalese dish made from caramelized onions, dijon mustard, lemon juice, and chicken cooked in a creamy sauce.

Can we ever talk about West Africa cuisines without mentioning the almighty jollof rice? Jollof rice, also known as benachin in Wolof, is a one-pot rice dish that is popular in many West African countries such as Ghana, Nigeria, The Gambia, Senegal, Cameroon, Sierra Leone, Côte d’Ivoire, Liberia, Togo, and Mali. It is also called ‘reddish one-pot dish’ and varies in these countries. 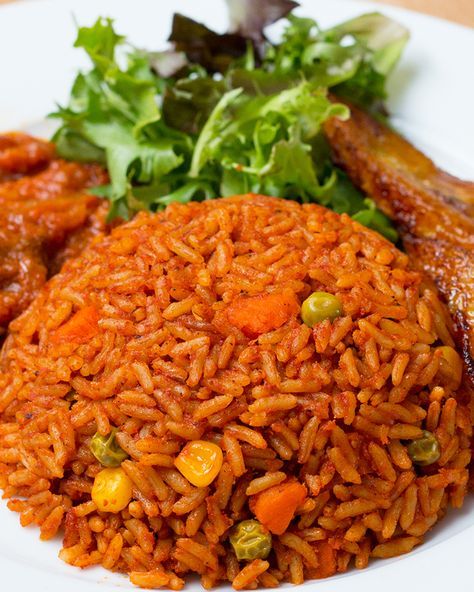 Believed to be the link between the gods and humans, masquerades are an important part of the African culture. See the various masquerades in Africa: 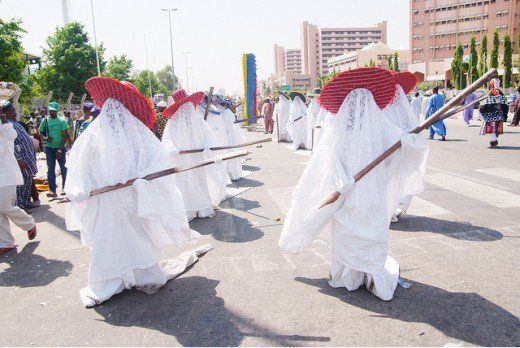 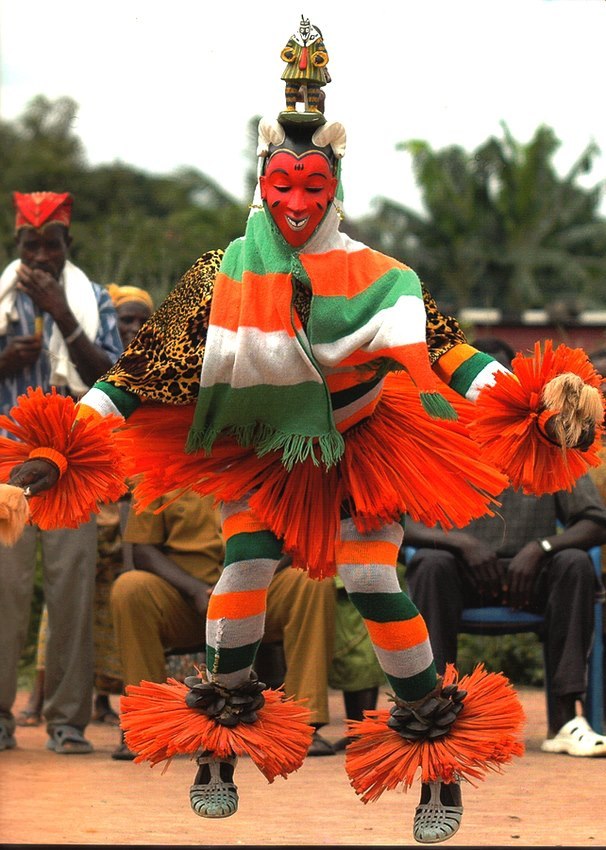 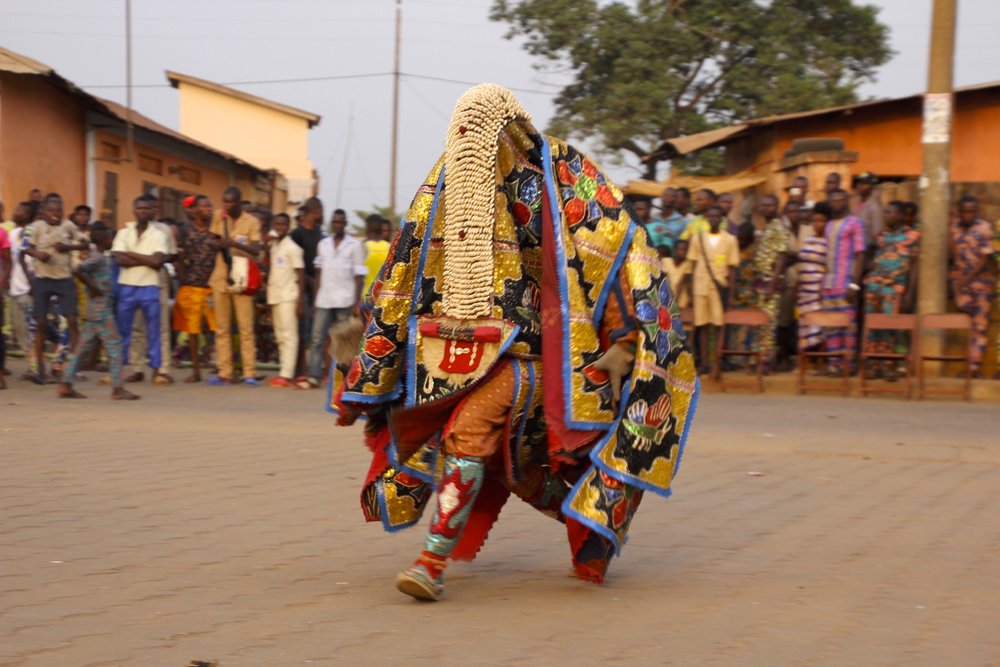 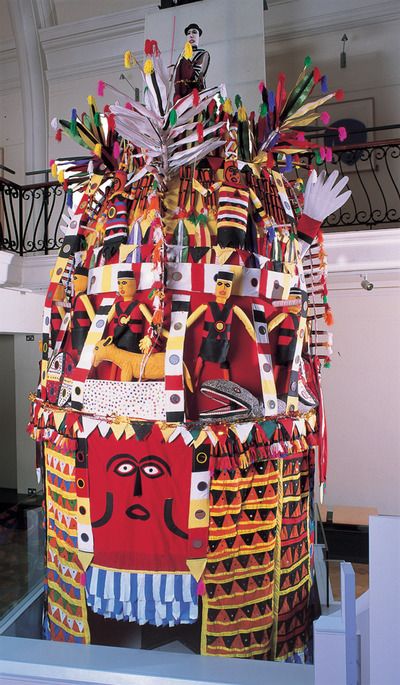 Believed to be the ‘cradle of humankind’, Africa is the only continent with fossil evidence of human beings.

For many Nigerians, they believe that the phrase ‘Giant of Africa’ comes with economic power and wealth. Well, it isn’t so. Although Nigeria has the largest economy in Africa, it is not Africa’s richest country and close to 100 million Nigerians live in abject poverty.

From the trans-Atlantic slave trade to wars, colonisation, military regimes, independence, and so on, Africa is one continent with rich historical events and stories.

Few things you should know

While these are the basic day-to-day information we should know about the African continent, there is so much more to Africa and Africans. We’re going to explore all these and more when we kick off our series, The 54. So watch this space.

In the meantime, here’s how you can learn more about Africa:

Google is your friend

Google loves everyone, including you. If you are curious about any aspect of Africa, type it into the search bar and you’ll be sure of getting replies. You can read more than one site to get the correct information.

There are so many books that tell the history of Africa and you can learn from them. A few are:

For people who do not like to read books, watching movies is an awesome way to learn about Africa. Here are some movies you can watch:

Above all, have an open mind

As a Nigerian, it is tempting to think that your country is bigger and better than every other African country, or that Africa ends in West Africa. However, if you have an open mind, you will be able to learn about other African countries, their economy, politics, their people and cultures, and the beauty and uniqueness of this large continent. And to all our non-African folks, remember, Africa is not a country.

5 Quotes from the #BNSDigitalSummit all Fashion Enthusiasts should know