A Tale Of The Yoruba People And Pepper Love Story

Have you ever heard the saying that Yoruba people like pepper? Well if you live in Nigeria, you must have heard about or come in contact with this legendary love story. If you are too keen on spicy food, I hope you live to tell the story when you make the first contact.

Over time, this construct has gone from being just a food choice to an identity. So where did it all start?xhttps://7f7d91240eda932b6d2bd9e481e990a9.safeframe.googlesyndication.com/safeframe/1-0-37/html/container.html

Although it sounds just right, the pepper story was more than an “if the world gives you pepper, make a pepper soup out of it”.

To start with, a school of thought believed that because subsistence farming is a major occupation of the Yoruba people, they planted a variety of food according to their needs such as pepper, maize, beans, efo, and yam, and ate accordingly with pepper.

Table manners
Another school argues that it was a means to teach table manners. In the ancient and recent past, people ate from one bowl. In order to prevent eating yucky, saliva-filled food caused by talking while eating, they increased the amount of spiciness to another level. So between the running nose caused by the pepper and the likelihood of the pepper getting into your head, people just avoided talking while eating. Smart move!

To avoid being nauseous
Have you ever prepared noodles, only to eat it and feel nauseous the next second? well, nausea is a combination of stomach discomfort and the sensation of wanting to vomit. There are many causes one of which is food. Your body may be allergic to cheese, ketchup or just bland tasting food and When you ingest these foods your body sees them as viruses and in turn finds a way to expel them, thus vomiting. Nigerians have discovered that the solution to nausea is upping the taste of the food, by simply adding pepper, salt or even lime. 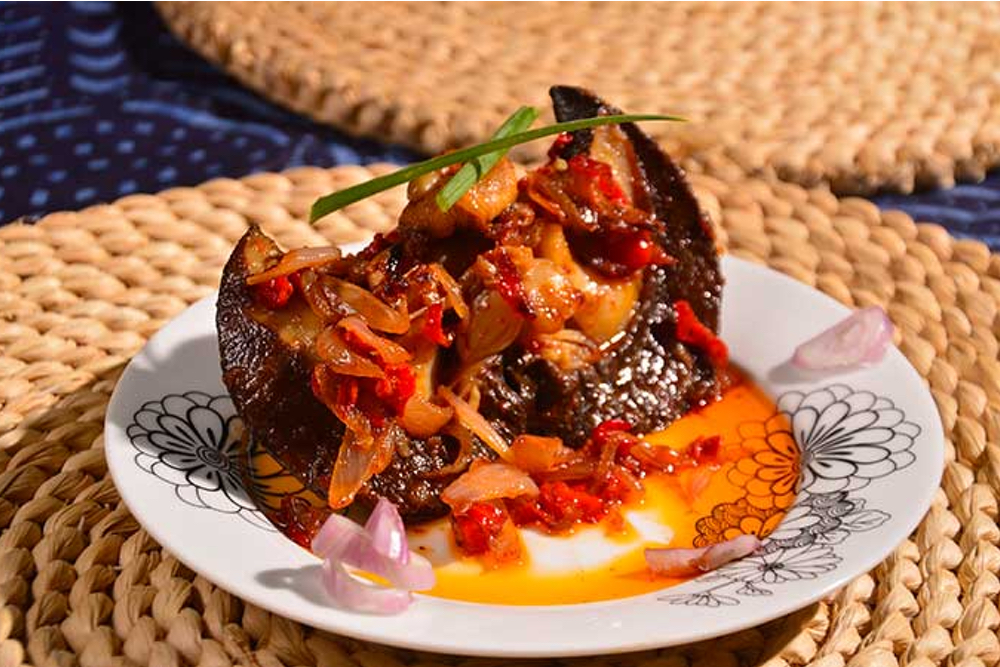 You are what you eat, and your taste buds are greatly determined by what you are used to. So if you can find just any Nigerian sprinkling hearty doses of pepper on their cheesy pizzas or spaghetti to avoid being nauseated, such people may be like me, not Yoruba, but prefer rich tastes.

Increases life span
Have you ever heard a Yoruba person saying pepper is life? It turns out it is true. A study published in the Public Library of Science on the health and dietary records more than 570,000 people in the U.S., Italy, China and Iran, comparing chilli pepper-eaters to those who rarely or never ate the spicy food. The analysis found that people who ate chilli peppers had a 26 per cent less risk of dying from heart disease, a 23 per cent less risk of death from cancer and a 25 per cent less risk of dying from any cause. So consuming pepper equals longer life, who could have guessed that? The elders did.

To eat less
This is a hack that has been passed down from generation to generation. In Nigeria where more than half of its population earn below a dollar, this is a top hack. In universities, it is a usual sight to see a student take a bite of his own food and drink large amounts of water to dissipate the intensity of the pepper, followed by another spoon of the flaming delight. “Why does this happen?” can be explained with this simple formula; one spoon of spicy food plus 3 cups of water equals a filled tummy.

Are the Yorubas’ the only ones who love spicy food? No, Indians use red chilli, jalapeno or similar fresh hot peppers powder in their curries or chutneys. The Chinese use Szechuan, Hontonka or other dried red chilli pod variants. Cameroonians use a variety of Capsicum chinense (habanero-type pepper), also known as Cameroon pepper which is widely used in Nigeria to cook. So depending on the degree of heat and flavour, there are different types of pepper to serve each purpose. Loving spicy foods is not just applicable to the Yoruba tribe, it is a personal preference. #Pepperdemgang